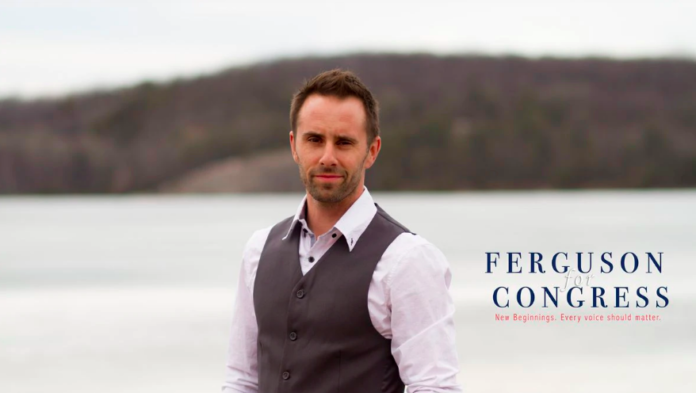 Democrats are faced with a difficult decision following news of their nominee for Michigan’s First Congressional District being arrested and charged with domestic violence for attacking his wife.

West Michigan Politics broke the story earlier this week and included a copy of the police report from the incident that occurred in May of 2011.

At the time of the incident, Ferguson’s wife was holding their 9-year-old child. According to her, he allegedly “grabbed the victim’s left wrist, bending it backwards causing her pain, when he was grabbing the child from her arms.”

The report also states that Ferguson’s wife was afraid of him, which is the reason she called 911.

Ferguson was transported to the Marquette County Jail following the incident.

If Michigan Democrats fail to replace Ferguson, they will be supporting a congressional candidate who has a history of domestic violence.

Public records show this was not Ferguson’s first criminal offense. He was on probation for 12 months for a charge of aggravated stalking which occurred in 2006.

A copy of the police report for the domestic violence arrest courtesy of West Michigan Politics is available below: