Martha Washington. Abigail Adams. Dolley Madison. Eleanor Roosevelt. Jackie Kennedy. Ladybird Johnson. Nancy Reagan. Laura Bush. A few of the great women who have lived in the White House as the wives of former presidents remind us that to some extent when we elect a president, we’re getting a package deal.

First ladies are responsible for much of the image of the White House as the home of the first family. They have supported presidents great and poor. They have certainly been important unofficial advisors.

Often first ladies take up some cause of their own for which they have a passion. Dolley Madison worked to assist orphans and women. Nancy founded the Just Say No campaign to combat drugs. Laura Bush worked to increase childhood literacy.

Who the first spouse is has its own importance outside of simply who holds the office of the president that he or she happens to be married to. Conservatives certainly agree that America deserves better than to see Bill Clinton as the first ever first man. Instead let’s take a look at the current Republican frontrunner’s wife – the woman who would become first lady should Donald Trump be elected.

Melania Knauss-Trump is a naturalized citizen originally born in Slovania. She has a degree in design and architecture at the University of Ljubljana. She moved to New York at 26, where she met Trump. They married in 2005 and she became a citizen of the United States the following year.

Melania began working as a model at age 16. Working in Milan and Paris and before ultimately moving to New York, she became successful in her modeling career, eventually appearing on the covers of Vogue, Harper’s Bazaar, New York Magazine, Ocean Drive (below), Allure, Vanity Fair, Glamour, Elle and others, including the 2000 Sports Illustrated Swimsuit Edition. 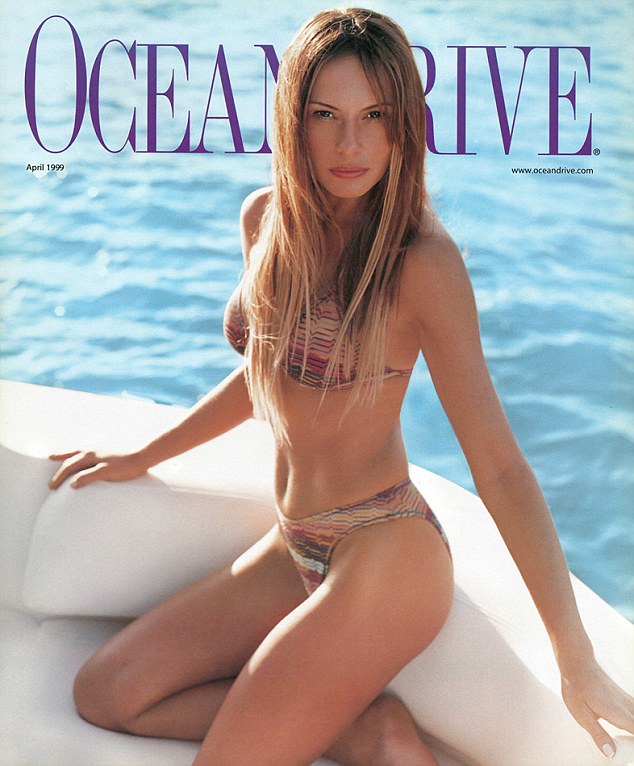 First ladies can be the source of controversy. Michelle Obama, for example, said upon the election of her husband, “For the first time in my adult life, I’m really proud of my country.” Even today, Americans are concerned with how a first lady represents her country. Will Melania Knauss-Trump’s collection of risqué covers prove distasteful to voters?