Convention bounce: President Trump needed something coming out of the semi-virtual convention that took place last week. According to at least one poll, he got a bounce. Morning Consult found Trump trailing Joe Biden by just six percentage points, 50 to 44 — four points better than his performance four days earlier, when Biden led 52 to 42 percent.

Much of this change can be attributed to a change in suburban voters’ attitudes — and this is a change that Trump should attribute to ongoing fears over public safety. Towns like Minneapolis and Kenosha are being destroyed by rioters, and voters in such towns and their surrounding suburbs can be counted on to remember such trauma as just that — something terrible and impressionable. This is the sort of real-life event that can change the outcome of an election in swing states such as Minnesota and Wisconsin.

Obviously, the polling has not produced numbers friendly to Trump. Biden still holds a national lead, and this remains a problem for the president. But if he can make gains now from the convention, it keeps him in contention in key swing states and demonstrates that victory is possible. Biden’s standing, while still stronger than Hillary Clinton’s at this point in the 2016 cycle (she trailed briefly after the GOP convention), is not carved in stone — especially not when he continues to say so many dumb things about the reasons for current bouts of political street violence that strongly suggest he is out of touch.

Finally, Biden’s choice of Kamala Harris as his running mate will help Trump consolidate his base. Any “conservative” who endorses the Biden ticket now is placing a genuine left-wing culture-warrior one heartbeat away from the presidency. It is easy to refuse to vote for Trump, but it is impossible to support a ticket with Harris on it and remain a conservative in any meaningful sense of the word.

‘On Trump’s watch’: Biden is probably scoring an own-goal now as he and surrogates argue that the ongoing street riots, arsons, and violence, clearly attributable to antifa and other left-wing protestors, is somehow attributable to Trump because Trump occupies the oval office. As they keep putting it, this is happening on “Trump’s watch.” Perhaps it is, but this is an especially weak argument coming from a candidate whose vice presidency was likewise pock-marked — arguably worse even — with racially motivated street violence. No one can pretend the Obama era was an era of good feeling after the riots in Ferguson and Baltimore, and it would be silly to blame Obama for that fact.

The truth is that neither the party affiliation of the occupant of the Oval Office nor his personality, nor his character has made much difference in national race relations up to now. And the identity of the president continues to matter little in terms of the number of black lives ended by law enforcement.

Attempts by Democrats to blame Trump for the coronavirus itself will fall still shorter. Aside from the fact that he did not cause this malady, Trump may not face the same kind of pressure or anger over the disease as the fall begins. With the passing of a month or two, the virus’ continuing decline in virulence could change the entire political narrative. If the situation with the virus improves, it could render much of the messaging in the recent Democratic convention useless, and it could also raise questions over the utility and purpose of electing Biden.

That could still leave Biden with a marginal polling lead, but not necessarily the sort of lead that can survive an election against such an unpredictably popular — or unpredictably effective — candidate as Trump.

Debates: One could previously refuse to honor or take seriously the chorus of left-wing voices calling on Biden not to debate President Trump. But now that Nancy Pelosi has endorsed the idea, the highest-ranking elected official in the party, it becomes something Democrats have to own. Were he to skip out on the debates he has already committed to, Biden would come off as cowardly, literally hiding from voters in his basement as he had been doing since the coronavirus outbreak.

It is understandable why Biden would want to avoid debates. Biden’s public speaking appearances have been lackluster and mostly noteworthy for his gaffes and unforced errors. He loses his train of thought routinely and goes off on tangents that make little sense or are even downright offensive. Televised debates could generate more such erratic and embarrassing incidents and advertise them widely at the same time.

Meanwhile, there is a natural dynamic at work that forces President Trump to seek to debate Biden as many times as possible. The candidate who trails in the polls needs and wants to be on the debate stage with the leader, and Trump is currently that trailing candidate.

Biden probably cannot afford to stay in the basement and cancel the debates as Pelosi recommends. It would probably make voters ask uncomfortable questions. But if he could, it would be his best bet. When you’re ahead, you always prefer to avoid anything that can change that. And when your candidate is showing signs of slipping in terms of mental acuity, you’d really rather have him making only limited appearances that you completely control — the very sort of appearances Biden has been making.

Massachusetts: The 74-year-old Sen. Ed Markey appears to be headed for a win against 39 year-old Rep. Joe Kennedy III in tomorrow’s Senate primary in what has become an extremely bitter and ugly race in its final stretch, including even accusations of racism.

Markey, who could easily be accused of neglecting his home state and even of maintaining only a token residence there, has fashioned himself as the candidate of the true Left. he enjoys the backing of such left-wing politicians as Alexandria Ocasio-Cortez. Kennedy, who has served in the House since his initial election in 2012, trails the incumbent in three polls that were released last week — by  12, 10, and and 7 points.

Although such leads can easily evaporate in primaries, in which voters’ attitudes can change rapidly toward candidates who all largely share their values, this is good news for Markey. For an incumbent to hold his own against the attractive and much younger scion of a legacy such as Kennedy’s is a very strong indicator of an unlikely political resilience and a shift of his party leftward. Markey has succeeded in avoiding being pigeon-holed as an out-of-touch establishment figure. On the other side, Nancy Pelosi’s recent endorsement of Kennedy enraged many left-wing Markey supporters, even as it likely tightened the state of the race. 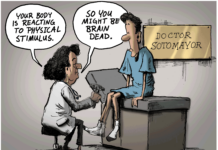 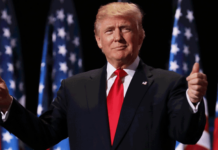 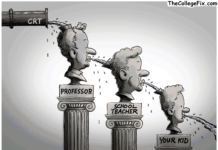