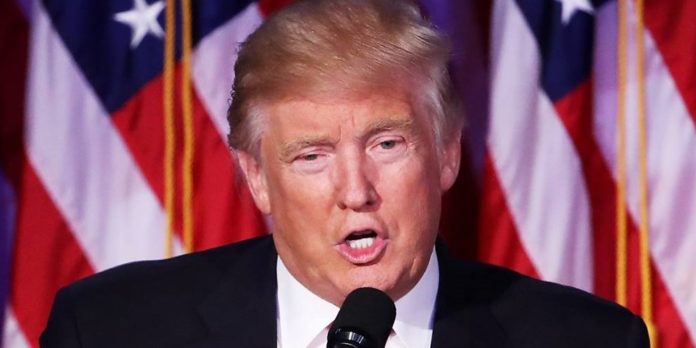 As the Democrats’ convention week came to a close, Joe Biden led President Trump by 8 points in a Hill/Harris poll and by 10 points in CBS News/YouGov poll.

Meanwhile, however, the Trafalgar Group had Trump and Biden tied in Minnesota, and the Morning Call had Biden up by only four points in Pennsylvania.

The point here is that, once again, much like in 2016, Trump’s numbers are strangely resilient where it actually matters. And that should weigh heavily on Democrats’ minds right now. Joe Biden seems like he’s way ahead. But perhaps it’s a mistake to assume that he really is.

Yes, on some level, Trump is in trouble. His polling numbers have never been especially good, not even on the day he was elected president. But if he’s that close in Minnesota — and remember, the Trafalgar group got the 2016 election right by making it easier for Trump supporters to identify themselves without feeling ashamed — then there’s just no way he’s really losing nationally by 10 points. Rather, what you see there is a hesitancy on the part of Trump supporters to admit that, yes, they don’t object to him that much, and in fact they even kind of like the guy.

The Trump realignment — the successful version of it — has Republicans running very strong in Iowa and Ohio, more competitive than before in Wisconsin, Michigan and Pennsylvania, and also winning in Minnesota, even as the GOP sees its margins shrink in some parts of the South. So if Trump has numbers like these going into his convention, then who’s to say he can’t come out of it much stronger?

The real question is going to be whether Trump’s unique appeal — to some, it makes him an idol, but to others he is just a sort of guilty pleasure, a train-wreck they cannot stop watching and genuinely enjoying — becomes a factor once again in this campaign. Yes, the Republican convention could be just as staid and shrug-worthy as that of the Democrats. It could be an event in which Trump’s speech is the only noteworthy fact, much like Biden’s was in his convention.

But if Trump can make it something more — something meaty on policy, warning about socialism and the agenda of radicals such as vice presidential nominee Kamala Harris — then the Republican Convention could have a lot more influence than the Democrats’ virtual gathering did.

Consider the fact that Uber and Lyft just got a last-second reprieve from a judge in Harris’s California. Biden has already endorsed a national version of the California law that threatens to shut down those businesses and put freelancers and contractors of all kinds out of work for good. The ride-sharing platforms temporarily avoided this disaster, but many freelance journalists and others in California have lost their jobs, and Biden wants to take the pain nationwide, as a favor to labor unions that compete against and hate the gig economy.

The dangers of a Democratic victory — all of the above-named abuses especially, but also the empowerment of the woke Left and the repeat destruction of urban America by rioters — loom sufficiently large for conservatives that Trump is probably a lot easier to support and elect in 2020 for many of them than he was in 2016. This means that one ought to think of his convention as a needed moment for consolidating his base. This is his chance to spread the alarm about the woke Left’s threats to American democracy and to unite his party like never before. If Trump can do that, and come off as reasonable to the independent and moderate voters who are open to supporting him, then he could well win when the crazy COVID election day comes down.

Democratic Convention’s failings: Joe Biden’s convention speech was more than adequate for him. It helped reinforce the idea that he is not senile. But that’s quite a low bar.

The media’s incredible tendency to rally around Kamala Harris as a terrific vice presidential choice is a reminder of their lack of understanding or fairness. Their absolute eagerness to promote Democrats is in fact somewhat hilarious. Harris remains as vulnerable to destruction now as she was before Tulsi Gabbard destroyed her on the debate stage last summer. It took just 60 seconds.

So a media that can lionize Harris once again can much more easily make Biden look like a more serious challenger to Trump than he really is. In general, the television audience (both cable and broadcast)) for this year’s DNC was down sharply from last time. Generally, no one was interested in the canned set-piece speeches and presentations given throughout the week. Even Michelle Obama’s widely praised speech came in for criticism because it had been pre-recorded so long before its airing that she had no idea that Harris would be Biden’s running mate.

Republicans are going to have to do more than repeat or reproduce canned content in the manner the Democrats did. Democratic voters already view Trump as Hitler. Now the Republicans have to make their message urgent and alarming to supporters, while also appealing to a broader audience with a deeper policy-based message. The scenes of urban mayhem should help. Trump has the tools he needs to turn this back into an election where people give him a serious chance of victory over “Sleepy Joe.” The question is whether he has the ability to execute.