Is Tom Brady endorsing Donald Trump for President? Not quite — but the Patriots star quarterback had strong words of praise for the Republican real estate mogul, calling his career “pretty amazing.”

“I mean it’s pretty amazing what he’s been able to accomplish,” Brady said Tuesday morning. “He obviously appeals to a lot of people, and he’s a hell of a lot of fun to play golf with.”

Trump frequently calls and encourages Brady. He even sent him a “Make America Great Again” hat that The Donald is known to wear at speeches and events on the campaign trail.

“”He sent it to me via R.K.K.,” Brady said on Boston’s WEEI radio station, referencing  Patriots owner Robert Kraft. “He always gives me a call and different types of motivational speeches at different times. So now that he’s running for president, he sent me a hat, and he gave it to R.K.K. a couple weeks ago. So it found its way to my locker.” 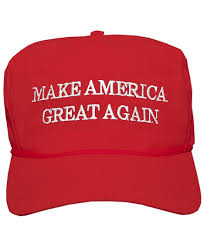