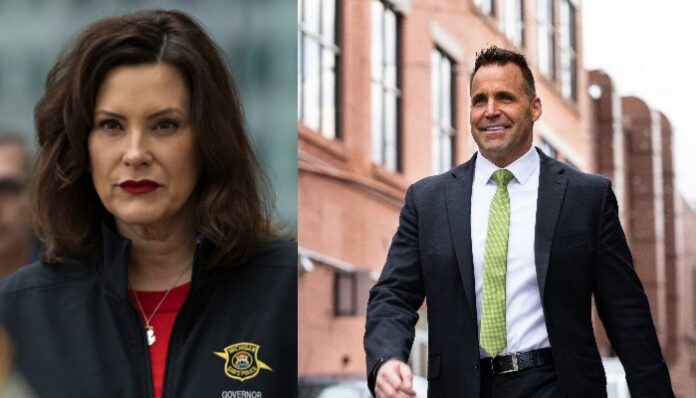 No incumbent Governor in Michigan history has ever faced a primary challenger, but Gretchen Whitmer could find herself making history as the first if Genesee County Sheriff Chris Swanson decides to jump in the race.

Swanson, a Democrat, is very popular in Genesee, and has received significant press attention in the last year for marching with Black Lives Matter protesters, as well as for refusing to enforce Whitmer’s Coronavirus orders.

According to longtime Lansing political reporter Tim Skubick, Swanson is refusing to rule out running against Whitmer:

“After 27 years in the sheriff’s department, the 47-year-old now making more political news by refusing to take himself out of a possible bid for governor.

If he were to get in, it would be unprecedented for a candidate from the same party to challenge a sitting governor.He said he gets asked that question regularly and calls it flattering. But is he running?

“I haven’t made any decision,” he said.That statement implies he has a decision to make. So has he not ruled out a run for governor? He said “it would be fair” to say that.”

A Whitmer primary certainly has the Governor absolutely furious. Draining her time, energy, money, and focus for months is not what she needs heading into a race where she is already immensely vulnerable.

Has Swanson seen some poll numbers he likes? Perhaps even many Democrats are fed up with Big Gretch after a year and a half of her hypocrisy, the nursing home deaths, and her secret private jet trip to Florida?

“Yesterday, Michigan Sheriff Chris Swanson set an example for law enforcement across the nation. I’m grateful for his leadership, and hope to see many more follow his lead.”

Whitmer announced Monday she has $10 million in the bank thanks to millions in illegal campaign contributions.

Whitmer isn’t facing a recall, and no signatures have been submitted.

Prominent Metro Detroit car dealer Kevin Rinke announced he might spend $10 million in a race as he battles graphic and stunning revelations of sexual and racial harassment lawsuits from employees.