Russia-gate revisited: Belarus is a close ally and satellite-state of Vladimir Putin’s Russia. Its action over the weekend of forcing down a commercial airliner in order to arrest a dissident journalist is an egregious abuse, and a clear sign of just how strong Putin feels right now.

Why? Because President Biden is showing him weakness. He failed to give any adequate response to Russia’s buildup of forces against Ukraine, and he has now dropped sanctions against Russia’s Nord Stream II gas pipeline, which is intended to help Putin enforce his energy blackmail strategy against NATO and Europe.

Policy merits aside, it is funny to consider the politics of this. Liberals worked themselves up into a spittle-flecked renzy over Putin’s supposed influence in the Trump White House. They believed and bought into conspiracy theories, only to be disappointed when their ideas of Russia determining the 2016 election debunked.

But now it turns out that Trump was much tougher on Putin when push came to shove. Biden seems to be making unnecessary concessions to Russia, and as a consequence, Putin and his shady allies are behaving more and more boldly.

Idaho: Republicans have watched their influence increase in the Gem State over the last two decades with a constant influx of Republican California refugees. This seems to have continued as East Coasters have discovered its attractions. The state used to be more politically balanced, electing Democratic governors throughout the 1970s and 1980s. But Democrats haven’t won a statewide election for any office in Idaho since 2002.

This year could be more interesting than usual. Republicans in Idaho appear to have a serious intra-party fight on their hands, as Lieutenant Gov. Janice McGeachin, R, announced she is launching a primary against Gov. Brad Little, R. Little has not exactly been a mushy moderate, but this is Idaho.

McGeachin has savagely criticized her 2018 sort-of-running-mate (they each ran on their own line) for overreacting to the pandemic. Although Idaho’s restrictions were not especially draconian, there is a very strong libertarian undercurrent to the state’s politics (it was an early adopter of constitutional carry) and just about any restriction on liberty is considered an imposition.

Republicans have pretty much proven that they can elect anyone they nominate in Idaho for any statewide position. In 2014 and 2018, they simply overpowered the state’s only influential liberal force — the teachers’ union — by electing and then re-electing an inexperienced (one could say accidental) nominee Sherri Ybarra as Superintendent of Instruction.

Their strength as a party seems to have grown over time with the national Democrats’ drift leftward. The last time a Democrat received more than 40% of the vote in an Idaho governor’s race was 2006, which was also the last time the position was open prior to 2018.

Michigan: Gov. Gretchen Whitmer apologized for violating her own indoor eating restrictions. But the rationale she offered with her apology shows just how irrational the policy is. She says she hadn’t really thought about the ramifications of exceeding six people to a gathering because everyone at the gathering where she was spotted had been vaccinated. Well, yeah — for anyone who claims to believe in science, vaccination is a good reason not to be worried about spreading the coronavirus. Dining restrictions for vaccinated people are irrational.

Whitmer’s authoritarianism-cum-hypocrisy has become controversial enough that the state’s Republicans should feel an urgency about defeating her in Biden’s midterm. But they need a candidate. There are still no big names in the field as of yet.

The emergence of Detroit  Police Chief James Craig as a possible Republican candidate (he has not yet declared) could present them with an opportunity. Tudor Dixon, the conservative host of an Internet-based commentary show, also announced last week, and seems to be courting former President Donald Trump’s support.

According to Ralston, Lombardo will have much of his state and national party’s tacit support. Lt. Gov Mark Hutchison, R, who once pondered a run himself, will actually be chairing his campaign.

Lombardo may arouse opposition from some conservatives, as in the wake of the devastating 2017 Las Vegas shooting, he came out in support of a ban on high-capacity magazines. But according to Ralston, he will also enjoy some substantial support from the gaming industry, even though it is bound by business considerations to fund incumbent Gov. Steve Sisolak, D.

Lombardo may vie with North Las Vegas Mayor John Dee, who just switched to the Republican Party. (Dee has announced, although Ralston is not convinced he will ultimately run.)

So as in Michigan, Republicans could end up with a law-enforcement figure as their nominee. It could well be that 2022 is a good year for the law-and-order issue, even if it is mostly represented by ideological moderates, considering the massive spike in murders that is now afflicting many major U.S. cities for the second year running.

Florida: Rep. Val Demings, D, former Orlando chief of police, is now expected to run for Senate and seek the nomination against Marco Rubio. She was apparently lured into the race by Senate Democratic Leader Chuck Schumer. But she would likely face a primary challenge against Rep. Stephanie Murphy, D.

It is telling that Democrats now openly say they view Rubio (who remains quite popular) as a softer target than Gov. Ron DeSantis, R, who will also be seeking re-election next year. DeSantis won his 2018 election in a squeaker.

The Florida Democratic Party has been a dumpster-fire since 2000, when it failed to deliver the presidency to Al Gore. It recently threw out Sen. Bill Nelson, its long-serving Democratic senator, and it has not elected a Democratic governor since 1994. 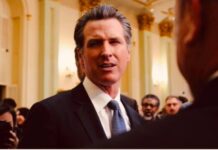