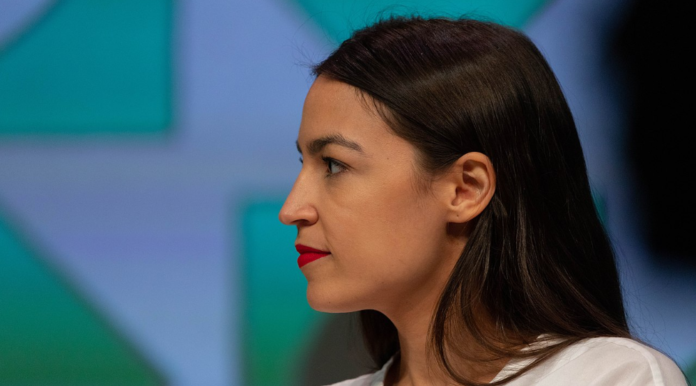 Known for her subtle and nuanced manner of speaking, as well as her extreme sensitivity to maligned groups, New York Congresswoman Alexandria Ocasio-Cortez on Monday offered her enlightened take on the state of the border crisis and what it means for civil liberties in these United States:

“Rep. Alexandria Ocasio-Cortez called the conditions at U.S. migrant detention facilities ‘horrifying’ in an interview Monday evening and doubled down on her comparisons of the situation at the border to World War II,” in a report from Yahoo! News.

“‘Are we headed to fascism? Yes. I don’t think there’s a question,’ the congresswoman told Yahoo News hours after she toured the detention facilities run by Customs and Border Protection. ‘If you actually take the time to study, and to look at the steps, and to see how government transforms under authoritarian regimes, and look at the political decisions and patterns of this president, the answer is yes.'”

The freshman representative has also disagreed with other members of her party on voting to increase funding for the federal agencies handling the crisis: “Ocasio-Cortez also had harsh words for the ‘horrible Democrats’ who voted for a bill to provide $4.5 billion in funding to Immigration and Customs Enforcement and CBP. She laid blame for the humanitarian crisis squarely at the feet of the president.”