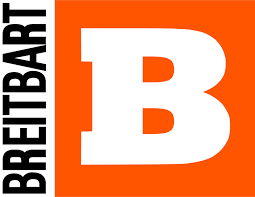 Representative Justin Amash, the only Republican in Congress to call for the impeachment of President Trump has faced a great deal of criticism and opened the door to several Republican challengers. He’s currently tied for second in the new Strategic National poll released today.

Here are the results of the Republican Primary ballot test:

But it’s not all bad news for Amash. The poll focused on likely Republican primary voters, but one very interesting takeaway was a question asked to individuals who had initially responded they would be voting in the Democratic Primary.

And Amash will need to turn out those Democrats if he hopes to win, especially considering how pro-Trump the district is.

However, the current field of candidates and potential candidates includes primarily individuals who are anti-Trump, liberal, or both.

Pete Meijer, grandson of the founder of the supermarket chain announced he’s running for the seat today. He’s got his work cut out for him considering he came in dead last in the survey. It’s a bit of a surprise considering the name ID he should have in the area from his family’s supermarket. His candidacy will be surrounded with controversy due to his history with Democrats. MIRS News reported he’ll run as a moderate Republican.

His launch video is consistent with that.  It’s ironic and should set off alarms that he shows footage of a Gerald R. Ford quote in the video, but makes no mention of President Trump or criticize Congressman Amash for calling for impeachment.

Breitbart News leveled Meijer today for his attacks on President Trump and affiliation with liberal organizations.

Breitbart reported Meijer has made a number of donations to liberal organizations, including one to Common Defense. The organization was formed by veterans in 2016 who viewed Trump as “a real threat.”

Their website states: “Common Defense was born out of the 2016 U.S. presidential election when military veterans recognized Donald Trump as a real threat… We knew that he could win and we mobilized to stop him. Since then, we’ve grown into a powerful movement with more than 150,000 supporters and tens of thousands of veterans and military families across all 50 states.”

Breitbart also found Meijer has personally been very critical of the President as well, including in an opinion piece he wrote March 17, 2017 where he accused the White House of “half-truths and outright lies”

“Pete Meijer hardly registers despite his famous last name and publicity surrounding his Bezos and Bloomberg funded political action committee that helped Democrats win control of Congress in 2018,” said John Yob, CEO of Strategic National, the organization that conducted the poll.  “Meijer and Amash appear to be positioned to compete for the same anti-Trump voters and hoping for significant Democrat turnout in the open primary that could be similar to McCain 2000 and Snyder 2010.”

The Bezos and Bloomberg funded PAC is With Honor, which Meijer served on the board of and personally donated $5000 to. They worked to elect 30 Democrats across the country in 2018. With Honor also gave $2,500 to Nancy Pelosi for Congress, $2,500 to the Democratic Congressional Campaign Committee, and $5,000 to pro-abortion group Emily’s List earlier this year.

Lower polls well because he’s currently the most pro-Trump candidate in a field that contains several candidates who have a history of attacking the President.

With so many candidates competing over the same group of anti-Trump and left-leaning voters, there seems to be room for additional pro-Trump candidates to enter the race and appeal to Trump supporters in the district.

Strategic National does not currently have a candidate in the race. The firm famously conducted the final poll of the 2016 Presidential race in Michigan that was the lead on Drudge Report and correctly predicted a photo finish in Michigan between Donald Trump and Hillary Clinton.

Here are the full results of the poll:

Q: There will be a primary election in Michigan in August of next year. Most folks are very busy, and not always able to vote, often for very valid reasons. Thinking ahead, how likely are you to vote in the August 2020 primary?

Q: In which party’s primary are you to likely vote?

Q: If the Republican Primary for the 3rd Congressional District was held today, and the only candidates running were Justin Amash, Jim Lower, Pete Meijer, Lynn Afendoulis, and Tom Norton, for whom would you vote?

Now I am going to read you a list of names of people active in politics in your area. After I read each one, please tell me if you have a favorable or unfavorable impression of that person.