“A 19-year-old former Dixon High student is in custody with a non-life-threatening gunshot wound to the shoulder after bringing a gun to the school this morning.

The shooting took place in the Dixon High School gym, where graduating seniors were assembled to practice for their graduation ceremony.

It seems unlikely that this story will receive widespread national media coverage, but for those who support developing genuine and effective school safety policies, as opposed to wild calls to ban all guns everywhere, it’s just another (this time, thankfully, fortunate) piece of evidence.

But it would be a shame if Officer Dallas does not get more recognition for his actions than the officer who failed the students of Marjory Stoneman Douglas High in Parkland, FL. (Bad news on that front.) 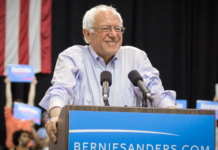