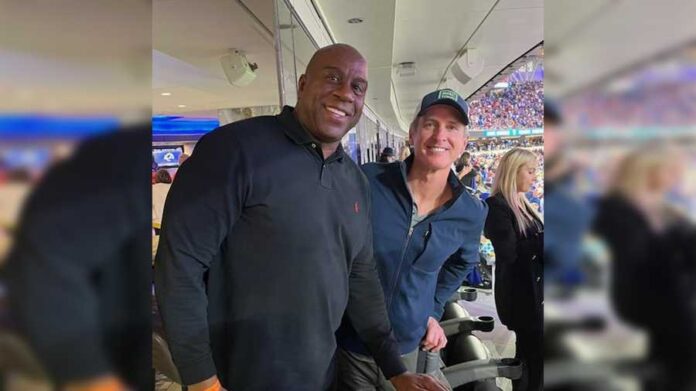 There have been maskless photographs taken of Governor Newsome, Mayor Eric Garcetti (Los Angeles), Mayor London Breed (San Francisco), and a Hollywood elite on Sunday at the NFL Playoff Game between the Rams and 49ers.

Former LA Lakers player Magic Johnson posted pictures of himself and the three officials maskless at the game on Twitter saying, “Hanging out at SoFi Stadium today!”

Governor Gavin Newsom enacted a state-wide indoor mask mandate until February 15, at least. SoFi Stadium’s policy also requires guests to wear a mask at all times, unless eating or drinking.

This is not Newsome’s first instance of being maskless, either. Back in November of 2020, he was photographed dining maskless at a Napa Valley restaurant – which was in violation of the states COVID protocols.

Regarding that instance he stated, “The spirit of what I’m preaching all the time was contradicted.”

London Breed has also violated protocol in the past. In September 2021, she was seen at a nightclub dancing, maskless. The city-wide policy at the time was that masks should always be worn unless eating or drinking.

Breed stated to a CBS affiliate, “We don’t need the fun police to come in and micromanage and tell us what we should or shouldn’t be doing. “My drink was sitting at the table… I got up and started dancing because I was feeling the spirit and I wasn’t thinking about a mask.” 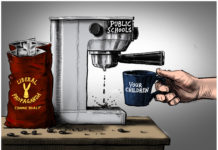