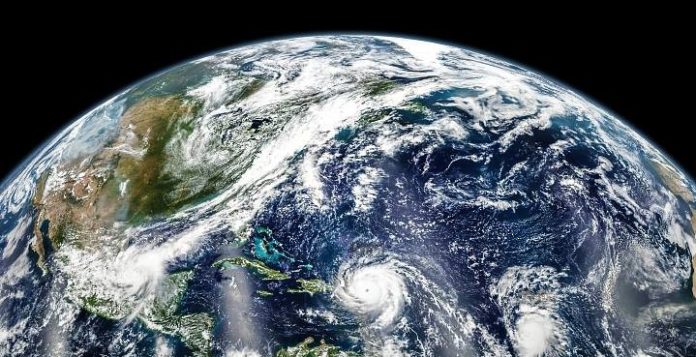 The U.N., NASA, and the mainstream media insist that there is a consensus among scientific experts that the earth’s temperature is warming and that this global warming must be stopped. Global warming, the U.N. has warned, is “simply the greatest collective challenge we face as a human family.” “The world has less than 10 years to halt the global rise in greenhouse gas emissions if we are to avoid catastrophic consequences for people and the planet,” U.N. Secretary General Ban Ki-moon declared in 2009.

In the 1970s, the U.N. predicted “500 million starvation deaths in Asia between 1980 and 2025”. In 1975, some of America’s most respected thinkers – Zbigniew Brzezinski, Isaac Asimov, J. Paul Getty, Paul Ehrlich, Henry Luce III, and others – signed a statement with a similar forecast: “The world as we know it will likely be ruined before the year 2000,” because “food production cannot keep pace with the galloping growth of population.” It may seem hard to believe now, but in the 1970s there appeared to be an expert consensus that overpopulation would lead to widespread global starvation.

This apparent expert consensus was a myth. There was no consensus. Some of the best population economists the world has ever known, including Nobel Prize winner Simon Kuznets, Richard Easterlin, and Julian Simon, showed that these predictions were unfounded. And the allegedly certain predictions were spectacularly wrong. There has been no overpopulation catastrophe. Instead, as the world’s population has grown from about 4 billion in 1974 to about 7.5 billion today, the world’s principal nutritional concern has shifted from starvation to obesity.

The widespread acceptance of this myth, however, has had horrific consequences. China’s “one child” policy prevented hundreds of millions of couples from having more than one child, continues to deprive the Chinese economy of a similar number of productive citizens, and resulted in an untold number of forced abortions.

The asserted expert consensus about catastrophic global warming similarly is a myth.

As with the overpopulation myth, there is no consensus. Some of America’s most eminent scientists, such as Richard Lindzen of MIT, Freeman Dyson of Princeton, Fred Singer of the University of Virginia, and Judith Curry of Georgia Tech, have challenged the purported expert consensus about catastrophic global warming.

And global warming, like population growth, is not a catastrophic danger. The data instead show global warming to be minimal, potentially a short-term phenomenon, and beneficial.

A short-term phenomenon? The same NASA data show that in 1880-2017, year-to-year temperatures increased 75 times, decreased 57 times, and stayed the same five times. From 1944 to 1976, a period of rapid world industrialization, global temperatures cooled by 0.32° C and went down 15 times year-to-year. In the 1970s, indeed, Paul Ehrlich, John Holdren, Stephen Schneider – and others who later highlighted the alleged dangers of global warming – expressed strong concern about global cooling.

2017 was cooler than 2016. We do not know whether another cooling trend has begun or whether the recent very modest warming trend will resume.

Beneficial. Danish statistician Bjorn Lomborg notes in his book “Cool It” that seven times more people die of cold in Europe annually than of heat (1.5 million v. 200,000). Global warming may save lives. It also may extend the agricultural growing season in Canada, the United States, Europe, Russia, China, and other places with long winters.

On the other hand, acceptance of the claimed expert consensus about global warming may have severe consequences. Proposed limits on carbon dioxide emissions would limit world industrialization and other productive uses of fossil fuels, thereby prevent millions of the world’s poorest from climbing out of poverty, and make the rest of us poorer.

The asserted expert consensus about catastrophic global warming is a myth. Sound climate policy instead should be based on careful scientific analysis of actual climate data and its proven consequences.

David M. Simon is a lawyer in Chicago. The views expressed in this article are his own and not those of the law firm with which he is affiliated. For more, see www.dmswritings.com.