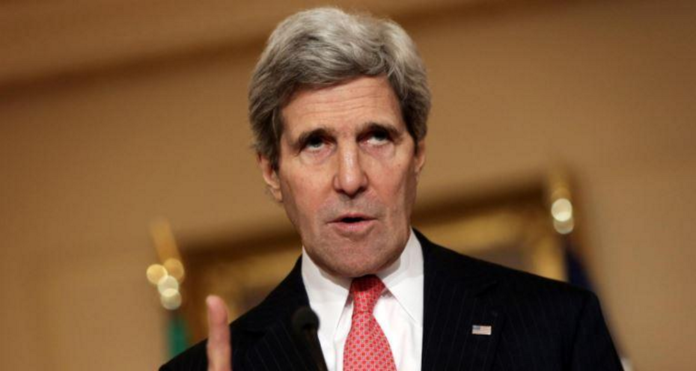 The Boston Globe first broke the news last week that former Secretary of State John Kerry is continuing to meddle in the Middle East by propping up the Iran deal, which Trump is considering pulling the United States out of before its May 12 renewal deadline:

“John Kerry’s bid to save one of his most significant accomplishments as secretary of state took him to New York on a Sunday afternoon two weeks ago, where, more than a year after he left office, he engaged in some unusual shadow diplomacy with a top-ranking Iranian official.”

It’s not the first time Kerry has been engaging in foreign policy activity that raises eyebrows.

Apparently, Kerry “sat down at the United Nations with Foreign Minister Javad Zarif to discuss ways of preserving the pact limiting Iran’s nuclear weapons program. It was the second time in about two months that the two had met to strategize over salvaging a deal they spent years negotiating during the Obama administration, according to a person briefed on the meetings.”

A strong opinion editorial in the Washington Times called for Kerry to be jailed: “Try to imagine for a second if some unelected diplomat from the Jimmy Carter administration had tried to interfere with President Reagan’s efforts to end the Cold War. Or if Condoleezza Rice had huddled with leaders from Iraq and Afghanistan to undermine President Obama’s policies in the region,” Charles Hurt writes.

Sen. Marco Rubio (R-FL) made that same point on Twitter over the weekend:

Kerry working with foreign governments to save the flawed #IranDeal certainly raises Logan Act questions. Plus, imagine if former Sec. Rice had done this to Obama. What would the reaction have been? #DoubleStandard https://t.co/GKd52OwNCu

The United States does not need John Kerry’s possibly illegal Shadow Diplomacy on the very badly negotiated Iran Deal. He was the one that created this MESS in the first place!

The Globe’s full report can be read here: https://www.bostonglobe.com/news/nation/2018/05/04/kerry-quietly-seeking-salvage-iran-deal-helped-craft/2fTkGON7xvaNbO0YbHECUL/story.html 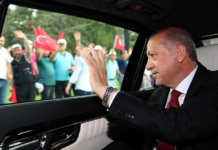 This Year, Turkey Imprisoned More Journalists Than Any Other Country