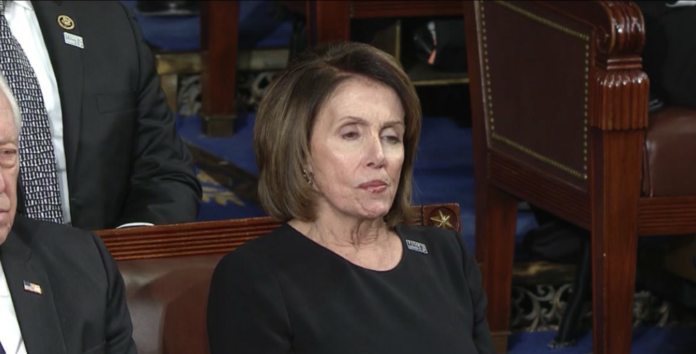 Once again, Congresswoman Nancy Pelosi (D-CA) and other far-left Democrats have made protecting illegal immigrants a priority over the concerns of American citizens:

“House Minority Leader Nancy Pelosi (D-Calif.) warned on Wednesday that she would oppose an emerging budget deal without a commitment to consider legislation to protect young undocumented immigrants,” per The Hill today.

In a stunningly out-of-touch statement, the House Minority Leader said:
“The budget caps agreement includes many Democratic priorities. With the disaster recovery package and dollar for dollar increases in the defense and non-defense budget, Democrats have secured hundreds of billions of dollars to invest in communities across America. There will be billions in funding to fight opioids, to strengthen our veterans and the NIH, to build job-creating rural infrastructure and broadband, and to fund access to child care and quality higher education.

There you have it, folks. For Democrats, protections for illegal immigrants are more important than funding for:

Every Republican on the campaign trail in 2018 should have this statement from the former Speaker of the House memorized.