The race to replace John Boehner as Speaker of the House comes to a close next week, where members of the House will cast their ballots to determine the House’s new leader.

“If all goes as planned, the House will know who its next speaker will be by the end of next week. Elections for the next House leadership will be held on Thursday, Oct. 8 — a date outgoing Speaker John Boehner said he came to after consulting the Republican conference.

Boehner’s office released this statement from the speaker:

“After consulting with our conference, a large majority of our members have made clear they want these elections held next week,” Boehner said. “With their considerations in mind, the House leadership elections will take place on Thursday, October 8…

There are two declared candidates for speaker — McCarthy is running against Daniel Webster of Florida.”

Price and Scalise haven’t exactly excited House GOP members. Despite calls for Rep. Trey Gowdy to enter the race for Majority Leader (or even Speaker), the popular South Carolina Congressman will seemingly stay on the sidelines during leadership elections.

The vote for Speaker must also include Democrats while all other House GOP leadership elections take place via secret ballot and no Dems can participate. 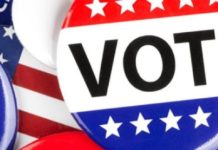