CNN modified the qualifications for participants after a public outcry over the original eligibility requirements threatened to keep Fiorina off the stage, despite her top-notch performance in Fox News’ pre-debate forum and subsequent spike in poll numbers.

The stage will feature the 10 candidates who participated in Fox News’ prime-time debate in August, along with Fiorina, bringing the total to 11. The other 5 candidates will have a chance to participate in a pre-debate forum once again, which will air at 6pm the evening of the debate.

The official 11 candidates for CNN’s prime-time debate are as follows: 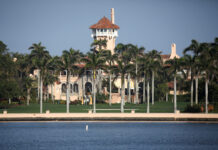