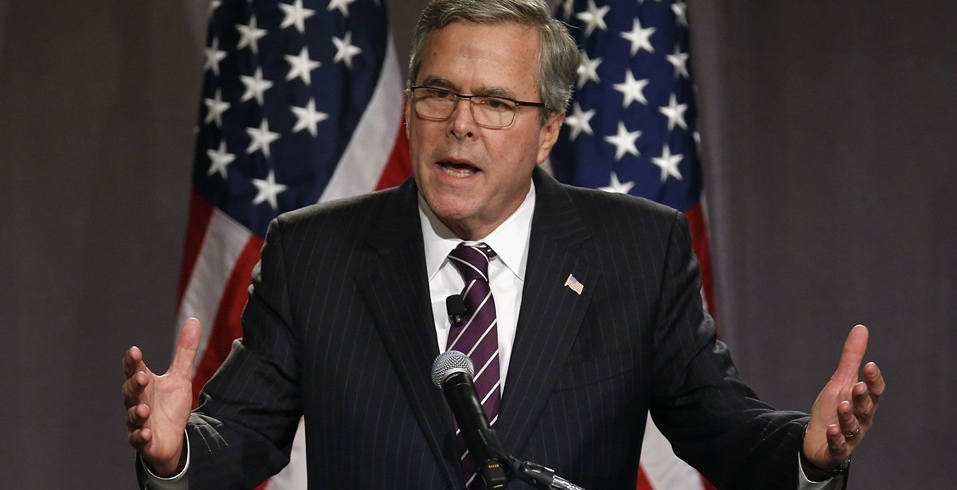 This week, Jeb Bush’s campaign received a significant blow. The latest Quinnipiac Iowa poll reveals he has fallen to a new low of 5% in the early caucus state. A total of 25% also indicated they ‘definitely would not vote’ for him.

Similarly, a new poll from New Hampshire indicates Bush is stagnating. Although Jeb stays in the lead, it appears Marco Rubio has gained most of the momentum reports the Washington Post.

The inability to capture early support, especially in first-in-the-nation states, is a serious weakness. Many analysts speculate this could be Bush’s undoing even before the race gets underway.

But during a private donor meeting in Miami this week, lead Bush adviser Mike Murphy, attempted to quell the unrest among supporters. He explained the campaign is playing the long game and not merely trying to win the weekly polling scuffle.

Instead, he explained the campaign has a very specific, long-term plan to outlast the other candidates. The strategy centers on amassing the largest financial warchest.

It is a gamble that worked for Mitt Romney in 2012. A massive cash advantaged allowed him to assail every single early leader that challenged him. Whether the strategy will work against arguably the strongest GOP field in a generation, remains to be seen.