Long before the public campaigns began, the so-called ‘silent primary’ was underway among at least half a dozen White House hopefuls.

Scott Walker, Rand Paul, Jeb Bush, Chris Christie, Rick Perry, and others have been traveling the country to meet with both Republican donors and Super PAC appointees. Each hopeful is ambitious to find favor among donors and the promise of a big bankroll.

Among the Republican super-donors are David and Charles Koch. These brothers were loudly denounce by the Democratic Party during the 2014 election for their strong financial support of Republican candidates. The Kochs contributed nearly $1 billion dollars in last year’s midterm elections and they are not stopping there.

Together, David and Charles have built a vast network of conservative political organizations on both the local and national level. Like their organizations, the Koch brothers intend to be a large part of the 2016 presidential race. The major question is to whom will they give their support.

At a recent fundraiser, in Manhattan, David told donors that he and Charles expected Gov. Scott Walker to win the nomination; he went even further telling a guest that Walker should be nominee.

Although David reminded guests that he has not formally endorsed anyone, many donors saw his comments as a subtle foreshadowing. This type of talk can only help Walker as he continues to swap places with Jeb Bush in weekly polls. 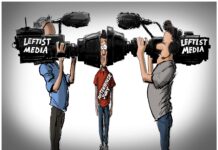