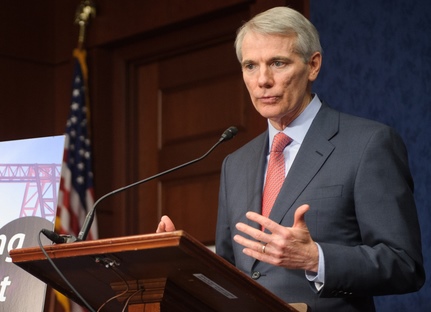 With a mere five months until the unofficial beginning of the 2016 election cycle, experts are already eyeing the next potential congressional landslide in which the tables have turned on Republicans. Part of the advantage the GOP enjoyed in last year’s midterms was that Democrats were forced to defend a large number of marginal Senate seats in the midst of a very unpopular presidency. In 2016 Republicans will be in much the same situation coupled with the down-ticket pull that each party’s presidential nominee will boast.

Against that backdrop, the Washington Post’s Chris Cillizza is out with this latest analysis on the top ten of those races and how they are already shaping up for another epic battle for control of the Senate.

The most obvious among the races that will be closely watched is Harry Reid’s Nevada seat which made news last week when the Senate Minority Leader announced his retirement from Congress. Given that he barely won reelection in 2010 against a lackluster GOP candidate, this race is expected to be very competitive. And it’s one for which Republicans are already lining up to win.

Cillizza offers quick insight into the remaining nine which he believes are ‘likely to switch’. At number 10 is the open seat created by retiring Sen. Dan Coats (R-IN), the state in which Obama prevailed in 2008. Similarly in purple North Carolina, Democrats have enjoyed an advantage for at least the last two presidential cycles, which puts Republican Sen. Richard Burr on the defensive.

Sen. Rob Portman (R-OH) has a target on his back in the state that has gone for Obama twice. Though he is a strong incumbent, presidential cycles are not kind to Republicans. With Sen. Kelly Ayotte (R-NH) still in her first term, she is vulnerable from a strong Democrat name which could put his seat in play as well for Democrats.

More obvious is the seat that may likely be vacated by Sen. Marco Rubio in Florida should he choose, as many believe, to run for president. Colorado Democrats gave up an incumbent seat last year to a Republican and it’s possible they may give up the other seat currently held by Sen. Michael Bennett.

Rounding out the remaining seats are three Republican seats in decided blue states which will be very difficult for the GOP to hold in a presidential cycle. Sens. Pat Toomey (R-PA), Ron Johnson (R-WI) and Mark Kirk (R-IL) are very likely to flip with even a marginally well-known Democrat opponent.