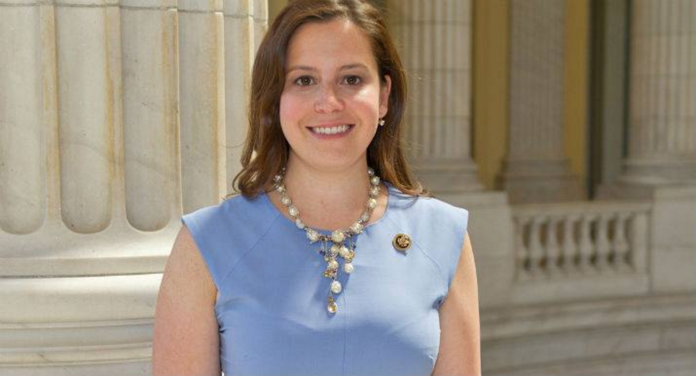 GOP Congresswoman Elise Stefanik (R-NY) has taken steps to combat any improper future attempts by the intelligence community to spy on perceived political opponents (as Attorney General Bill Barr says the FBI may have done to the Trump presidential campaign in 2016).:

Stefanik “introduced legislation Wednesday that would require the FBI director to promptly inform Congress when investigations of candidates for federal office are undertaken by federal law enforcement or intelligence authorities,” The Federalist reported on Thursday.

“Two years ago, when then-FBI Director James Comey finally notified Congress that he’d opened up a counterintelligence investigation of the Trump campaign the previous year, some members were deeply troubled. Not only was the FBI director not supposed to hide his counterintelligence work from a key group of congressional members who receive his briefings, he was supposed to notify them in particular about politically sensitive probes.”

“The legislation from Stefanik, a two-term representative from New York, addresses a loophole in current law that allowed Comey to unilaterally withhold that information from key congressional oversight bodies. In a March 2016 hearing, Comey admitted to Stefanik that he did not follow the typical protocols or procedures regarding notifying Congress about the opening of a counterintelligence investigation in part because he was not required to do so.”