New revelations in the ongoing “Servergate” scandal made clear by Clinton attorney David Kendall that Clinton’s email server was essentially wiped clean of all emails that might come under scrutiny by congressional investigators.

Kendall revealed that after turning over documents requested by the State Department, the infamous hsr22@clintonemail.com address was set to automatically delete all emails dated greater than 60 days or more prior to the request. That results of those deletions means that all emails that might have been sent or received on the address during Clinton’s tenure as Secretary of Stater are now gone.

Seeing her increased vulnerability after the scandal, former Maryland Gov. Martin O’Malley upped the ante on his signals that he may run for the Democrat nomination on ABC’s “This Week:”

“The presidency of the United States is not some crown to be passed between two families.”

Hillary’s political sandwich between Servergate and Donorgate coupled with her refusal to engage in any sort of political grassroots work in Iowa and New Hampshire are fueling the efforts by supporters of O’Malley and Sen. Elizabeth Warren who argue that Hillary is no longer inevitable. 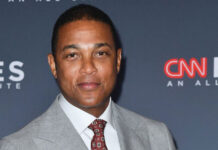