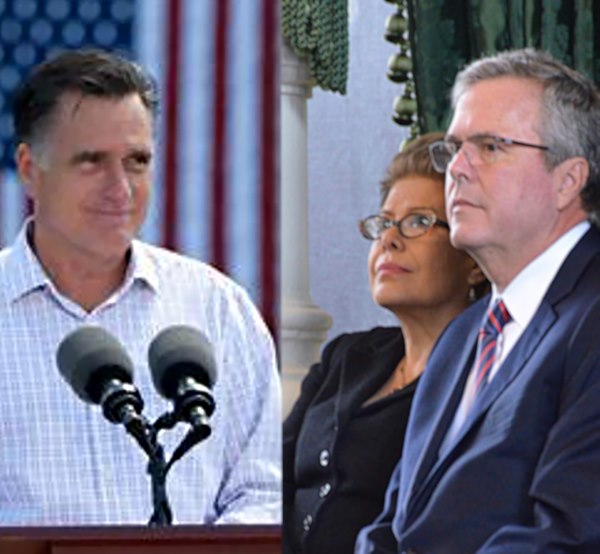 The biggest news so far this year amid the ongoing speculation in the growing battle for the GOP presidential nomination was revealed this week concerning a clandestine meeting between Mitt Romney and Jeb Bush in Utah.

The two political titans are arguably the joint front runners in the race to decide whom will go up against the presumed Democrat nominee Hillary Clinton, and the Republican concern over whether their candidacies represent a sort of mutually-assured destruction is increasing.

Bush and Romney have in recent weeks been burning up the telephone lines with calls to prominent Republican leaders and donors in hopes of collecting key support ahead of a prospective official announcement.

The meeting was original proposed by Bush even before Romney’s surprise announcement to a group of GOP donors that he is officially looking into a third try for the White House.

Speculation over what may come of the meeting runs the gamut of possibilities, and whether the result is that one of them may ultimately choose to bow out is top of the list – and a secret hope of many party leaders and donors.

But the relationship between Bush and Romney has been anything but chummy since 2012 in which Bush refused to endorse Romney ahead of the Florida primary. And in the days since Bush’s announcement of his exploratory committee, he has offered veiled criticism of Romney’s campaign strategy four years ago.