According to a Washington Post/ABC poll, a majority of Americans give the president an ‘F’. With a margin of 52-42, respondents choose ‘failure’ over ‘success’ to define Obama’s tenure. Among registered voters, the numbers are even more bleak with the president receiving 55% score on ‘failure’. Among those giving the ‘F’ grade are 25% of Democrats, clearly showing that the president’s once loyal base has begun to abandon him.

This trend is showing no signs of abating, and the result could be that Democrat voters will stay home in the traditional low-turnout midterm elections in November, thus giving Republicans an advantage as they push to take back the U.S. Senate. 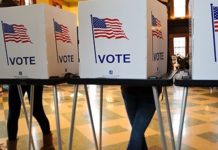