The race for Democrat Mark Pryor’s Senate seat in Arkansas, which is in a statistical dead-heat, just got a bit tougher for the incumbent’s campaign.

Conservative War Chest, a conservative super PAC, is contributing big cash into the race to help defeat Pryor by linking him to what it calls the ‘Gang of Five’ powerful liberal interest groups.

The two minute ad claims that “Pryor is loyal not to constituents, but to Washington liberals. The Gang of Five is smearing Republicans to protect faithful allies in the U.S. Senate like Mark Pryor.”

Spokesman Mike Flynn explained, “Arkansas is just the first state. We plan to be active in 14 to 15 states this year. This is just the beginning of our conversation with voters and our plan to educate them about puppet senators like Mark Pryor.” 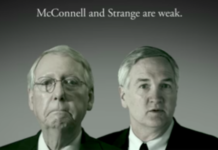 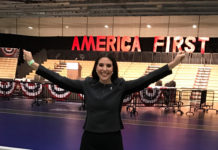