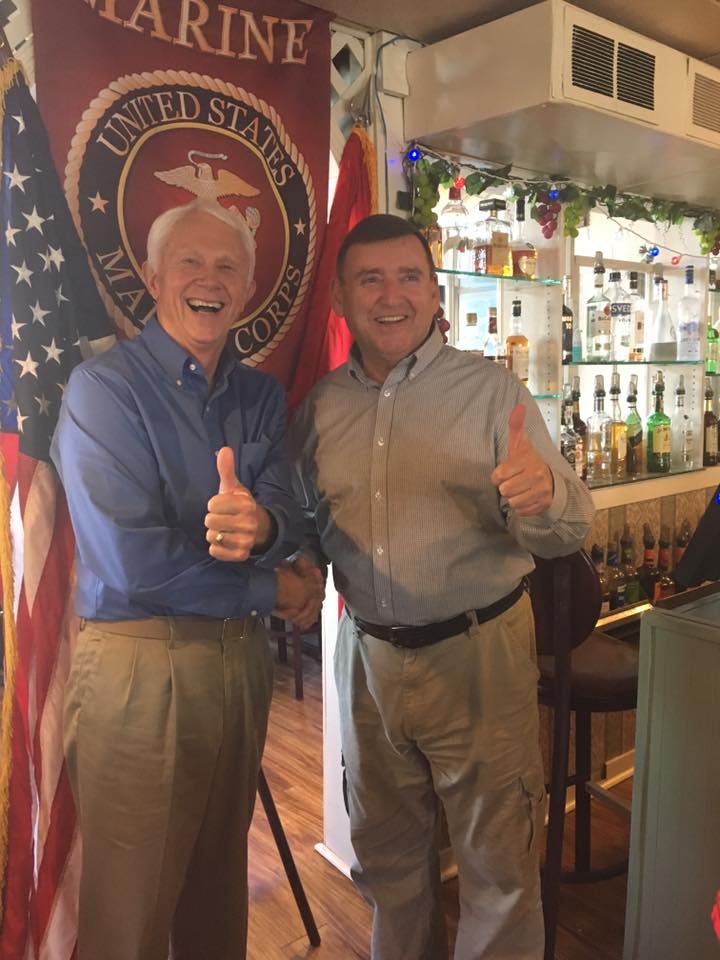 Lon Johnson spent much of the last campaigning in Northern Michigan on the basis of shutting down the Line 5 pipeline owned by Enbridge.

He attacked Congressman Dan Benishek for owning an interest in funds that invested in Enbridge and put himself forward as a protector of the environment.

Progressives are now fuming on social media about Lon Johnson’s own investments in Enbridge.  It turns out that Johnson has a financial interest valued up to $50,000 in BlackRock Global Allocation Fund Inc Institutional. The BlackRock Global Allocation Fund included 102,000 shares of Enbridge, and has a value of more than $5 million invested in Enbridge.

Meanwhile, Lt General Jack Bergman was in Kalkaska yesterday with 2014 Democrat nominee for Congress General Jerry Cannon.  They were celebrating the birthday of the United States Marines and giving a thumbs up for the cameras. 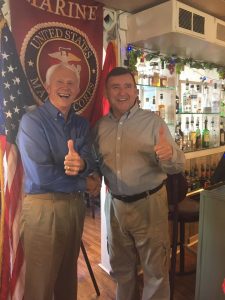 Lt General Bergman has shown the ability to reach across the aisle and work with people of both political parties.  He is on track to earn a strong number of votes from Democrats and Independents who prefer a straight talking Marine Corps General to a professional partisan political operative.

No wonder this race was recently moved to a “Lean Republican” from a tossup.