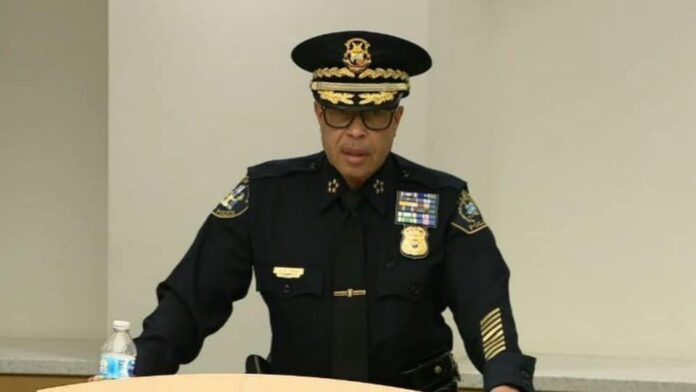 Jobs bust: Last Friday’s jobs numbers for April were incredibly disappointing, missing expectations by an astounding 75%. Still, this does not necessarily translate to a black eye for President Biden. If critics are right, and the lack of newly employed Americans is a consequence of Biden extending excessively generous unemployment benefits until September, then the nation is not currently facing a true “unemployment” problem in the sense that those genuinely seeking jobs (not just going through the motions to keep collecting unemployment) cannot find them.

It is the inability to find work that usually creates voter anger over jobs, and so Biden might get a pass here. The economy is still growing rapidly — it is just having a hard time finding workers. That could eventually cause bigger problems, but it won’t necessarily do so in the short run. Still, Biden faces bigger problems in his handling of the border crisis and the anti-scientific approach his administration has taken toward schools and coronavirus lockdowns.

Cheney put a target on her head when she not only  voted for Trump’s second impeachment, but continued to take every possible opportunity to slam Trump in public. This latest development strongly suggests that Stefanik will succeed in her bid. Word is that Cheney is not whipping votes the way she might otherwise, and is prepared to accept the judgment of her peers.

In the meantime, Cheney is also facing a primary in Wyoming — a crowded enough primary that she might survive. But there is no question that the outspokenly anti-Trump wing of the Republican Party is a weak and dying institution. In the future, Republicans who dislike Trump — the ones who survive and continue in politics, anyway — will try to keep to themselves their personal distaste for the man or his policies.

There is some irony in the fact that Cheney probably aligns more with Trump on policy than Stefanik does. But personal loyalty means a lot to Trump — in fact, it is inarguably the single most important factor for earning Trump’s support.

Florida: Congressman, former Gov., and former Republican Charlie Crist, D, has announced he will be giving up his swingy congressional district in the Saint Petersburg area to take on Gov. Ron DeSantis, R. DeSantis is quite popular and is currently considered a serious presidential 2024 contender on the Republican side, but that all depends on his ability to win re-election.

DeSantis responded to the announcement by joking that Crist, who ran for Senate and lost to Marco Rubio in 2010 as an independent, then ran and lost for governor against Rick Scott as a Democrat in 2014, should run as the Green Party nominee this time, since he has not yet lost an election with that party.

Michigan: Detroit Police Chief James Craig has put out word that he will be retiring from the force to run against Democratic Gov. Gretchen Whitmer as a Republican. He has already consulted with the state GOP and the National Republican Governors’ Association, according to a report by Politico.

As a black police chief, Craig can credibly campaign on a law-and-order message that is simultaneously cognizant of the problem of police brutality. He has sharply criticized Rep. Rashida Tlaib, D, for calling for an end of policing, while at the same time praising the Derek Chauvin verdict in Minnesota as an example of the justice system working properly.

Another Republican possibly interested in the race is 2020 Senate nominee John James.

Iowa: Sen. Chuck Grassley, R, continues to push back the date when he will make his decision on a Senate bid. We will not find out until this fall — “September, October, November.”

The senator and his grandson, state House Speaker Pat Grassley, both deny that he is trying to pass the torch — the younger Grassley says he has asked his grandfather to run again.

And in fact, Grassley’s delayed decision probably creates a slight advantage for one of the Republicans in the state’s congressional delegation to jump in, given that they will be able to raise federal campaign funds and receive pledges all year without having to announce overtly a senate candidacy before Grassley’s decision is made.

Grassley remains very popular. But if he does choose to run, he faces the possibility of the classic campaign against the aged incumbent — “thank him for his service with a nice retirement.” This has worked very well for Republicans in past races, as against Reps. Ike Skelton, Allen Boyd, and others in 2010.

Massachusetts: It’s not exactly a surprise, but Sen. Elizabeth Warren, D, kind of enjoys being a senator for life. She will undergo the formality of seeking re-election in 2022. Republicans have few resources at their disposal to stop her.

Missouri: Based on staffing decisions, it appears increasingly likely that Saint Louis-area Rep. Ann Wagner, R, will join the Republican primary to replace retiring Sen. Roy Blunt. Rep. Jason Smith, R, also appears to be on the cusp of running. Given that Republican Rep. Vicki Hartzler also seems likely to run, and Rep. Billy Long, R, is at least a possible candidate, this could become quite the crowded race.

Former Gov. Eric Greitens and Attorney General Eric Schmitt have already announced their candidacies, meaning that there could well be half a dozen or more credible Republican candidates.

Lamb is expected to get into the statewide Senate race because he has little choice. There is pervasive uncertainty about the future of his congressional district. The Census results mean that Pennsylvania is losing a seat in Congress. Although it is not a sure bet, Republicans in the state legislature are very likely to divide his district between its neighbors, drawing the more Republican-leaning portions into the neighboring districts of Reps. Guy Reschenthaler, R, Mike Kelly, R, and Glenn Thompson, R, while shifting more Democratic neighborhoods into the neighboring Pittsburgh district of Rep. Mike Doyle, D. This will not be much of a challenge, as Doyle’s district, at least according to the Census estimates, is one of the state’s most underpopulated.

There will be repercussions throughout the state, since all of the districts will have to take on more population. And redistricting will be especially controversial in Pennsylvania, given that the state Supreme Court’s Democratic majority gerrymandered the districts ahead of the 2018 election.

But as Lamb appears to be the most likely sacrificial member of Congress, entry into the Senate race seems like his best bet this side of K Street to keep his Washington career going.