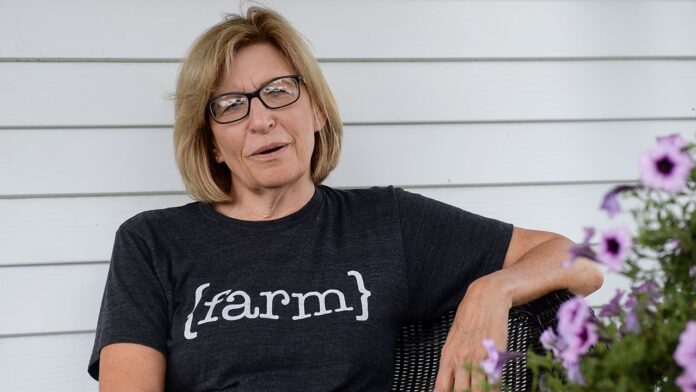 A Happy Easter to all of our readers.

Georgia voter law: Democrats are determined to take a law that makes it easier to vote in Georgia and turn it into, as President Biden put it, “Jim Crow on steroids.” Major League Baseball, feeling the pressure from social justice activists, has gone so far as to take the All-Star Game out of the state. Hollywood is scrambling to move its operations out of the Peach State.

In short, the woke assault on public culture is becoming even more partisan than before, and even more impervious to the facts. Even worse, not even baseball is immune to what even Politico has referred to as “voting rights hyperbole.”

The tactic is a simple one — scare the hell out of people as a motivation to make them vote.

And higher voting participation is a great thing, but this tactic, which consists of ludicrous, bad-faith accusations of pervasive racism, is hugely divisive and dishonest. It breeds distrust and tears apart the fabric of the nation’s body politic.

Border crisis: President Biden is finally being forced to face the negative publicity created by the return of the border to chaos. An Associated Press poll shows that 40% now disapprove of his handling of children who arrive at the border, with only 24% approving. Those are very bad numbers, and they cut heavily against what seems to be an extended Biden honeymoon. Between this and the potential failure of his infrastructure package, Biden is in need of a win. If he hopes to avoid the fate of most presidents in their midterm elections, and the losses associated therewith, Biden is going to have to step forward and produce something positive and strong on Capitol Hill. If he persists in approaching legislation in a highly partisan fashion, that is not going to be possible.

California: Failed presidential candidate Tom Steyer, after polling the Gavin Newsom recall race in California and presenting himself as a candidate, has stated flatly that he will not be running. He is attempting to present the Democratic unified front, stating that he opposes the recall as “a Republican attack on a Democratic governor” and backs Newsom to the hilt.

Meanwhile, a new poll from the Public Policy Institute of California shows Newsom easily surviving the recall, with 56 percent voting against recall. That stands in sharp contrast with earlier polls suggesting that Newsom might be in genuine danger of removal from office. Although this poll could well be an outlier, it is a warning for Republicans that they may fail.

Nebraska: After dropping a few hints that she might make a run, Sen. Deb Fischer has ruled out a bid for governor. This leaves the field wide open for next year’s election, as Gov. Pete Ricketts is term-limited.

Alaska: For what it’s worth, Sen. Dan Sullivan, R, has come out in support of Sen. Lisa Murkowski, whose support among Republican voters in Alaska is very much in doubt at this point. As the only Republican senator to vote against both Brett Kavanaugh for the Supreme Court and for Trump’s second impeachment, she faces friction in the coming jungle-primary race. This endorsement could bring out some knives for Sullivan as well, but he doesn’t face the voters until 2026, so that’s a lot less likely.

Last week, State Commissioner of Administration Kelly Tshibaka, R, announced she would be running against Murkowski in the state’s jungle primary, ahead of its new four-way ranked-choice general election next November.

Kentucky: Not that it matters for the immediate moment, but Republicans in the Bluegrass State, over the veto of Democratic Gov. Andy Beshear, have made sure Democratic governors will not be able to replace a retiring or dead senator with a partisan of their own. The new law they passed puts the power to select potential nominees in the hands of the senator’s party committee.

Currently, there are no rumors that Sen. Rand Paul will do anything but run for (and win) re-election next year. But this is a prudent move for Republicans to take. In 2016 they took over both houses of Kentucky’s state legislature for the first time since statehood, but the state remains stubbornly attached to electing Democratic governors.

Greitens may be able to win, but given his troubled recent past, he’s also the only Republican considered likely to lose. So that’s the sound of Republicans panicking. Meanwhile, state Senate President Dave Schatz is talking about joining what could be a very crowded race.

Iowa-2: Democrat Rita Hart has finally given up her rather brazen and cynical attempt to make the Democrats’ House majority steal the election that she lost by six votes to the provisionally seated Republican Rep. Mariannette Miller-Meeks.

Not that there’s anything wrong with challenging election results, but in this case, there was no effort to challenge them at the state level. Hart had simply allowed relevant deadlines to pass, then asked the House Administration Committee to take up a separate challenge based on the House’s authority as the final arbiter of its own elections. Speaker Nancy Pelosi, at least at first, was supportive enough that the plan was not dead on arrival, as it probably should have been.

This election challenge was deeply cynical, and several House Democrats were quite fearful of the potential consequences. Republicans are already expected to have decent chances at retaking the House in 2022, between reapportionment and redistricting on the one hand, and Biden’s first midterm election on the other. The last thing House Democrats needed was a flagrant election theft on their hands. 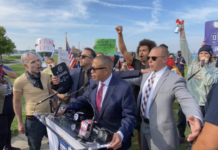 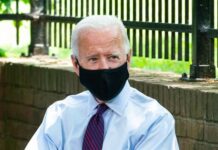