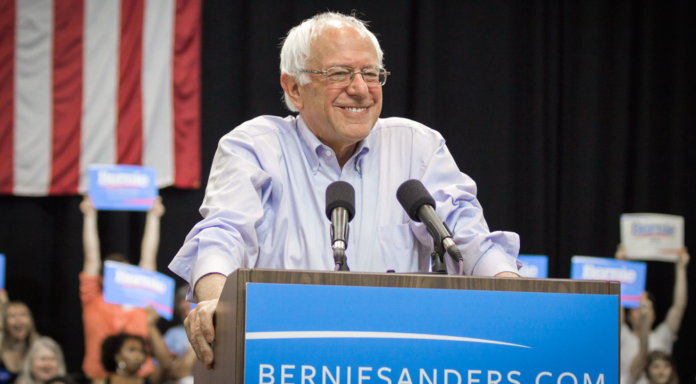 Taking as a given the failure of Joe Biden to win the Democratic nomination — he came in fourth in Iowa and fifth in New Hampshire — Bloomberg was supposed to provide Democrats with a viable alternative to the emerging radical socialist frontrunner, Bernie Sanders. Unlike Sanders, Bloomberg would be, in theory, far more electable, by virtue of his multi-billion dollar personal fortune and the fact that he embraces a market economy over Communist ideology.

That was the plan — but no plan survives contact with the enemy.

Last week, Bloomberg finally appeared in a debate. Although his Democratic opponents had whined about his appearance as a manipulation of the rules, it was exactly what they needed. Whereas up to that point he had been able to hide behind a slick, expensive advertising and social media campaign, Bloomberg now had to fend for himself on the debate state in front of the public. And his performance in last week’s debate was nothing short of a disaster.

Elizabeth Warren, who still has no hope of winning the nomination, performed a dramatic service for Bernie Sanders by taking Bloomberg out. She hammered him with direct comparisons to Trump, delivering amazing, brutal lines that sent Bloomberg reeling:

“I’d like to tell you about who we’re running against  a billionaire who calls women ‘fat broads’ and ‘horse-faced lesbians. And, no, I’m not talking about Donald Trump. I’m talking about Mayor Bloomberg.”

The left-wing debate audience audibly gasped at this reveal. It was brilliant. And Warren followed it up later by haranguing Bloomberg over non-disclosure agreements signed by women who had lodged complaints about the billionaire and his sexually suggestive sense of humor. The audience would later gasp at Bloomberg’s comments about how this wasn’t so serious — it was nothing more than a few women who didn’t like his jokes.

Democrats, it suddenly became obvious, risked losing whatever moral high ground they think they held if they were to nominate Bloomberg. It was as if the $400 million he had spent on the race in his first ten weeks suddenly went up in smoke.

Bloomberg could still win, but it will be a slog, and it is certainly far less likely than it was. He is not going to jump in late and run away with the Democratic nomination. But more importantly, he looks like a big-money moron. He is literally paying people for positive tweets and attempting to purchase the election in multiple other ways as well. He attempted a collaboration with the person who runs the “El Bloombito” parody Twitter account.

Not everything is for sale. In most cases, elections cannot be bought. Bloomberg might be on his way to figuring that out, the hard way.

Democratic Panic: Bloomberg’s failure, if it ends up being as complete as it seems now, will have very big consequences that stretch far beyond his native New York City.

Sanders’ radicalism has Democrats in a panic, because his nomination — especially after his resounding win in Nevada — appears almost inevitable. Democrats risk a massive drop in support in many quarters if they run under the “red flag” — that is, if they embrace socialism as a party.

If Sanders does occupy the top of the ballot, Democrats are legitimately worried that this will have big consequences further down — in races for House, Senate, and state legislature. With redistricting on its way, 2020 will be a very bad year for a party to have a bad year.

For one thing, Democrats worry about the effect that Sanders could have on turnout by blacks, who are heavily Democratic but have no commitment to far-left ideas or socialism. This is why Rep. James Clyburn, D-S.C., House Democrats’ number-three, is endorsing Biden — probably a futile and desperate gesture that comes far too late, but also a sign that he does not view Bloomberg or anyone else as a viable alternative to Sanders.

As matters stand, however Sanders does have a real shot at winning South Carolina over a divided field. Anything less than a decisive first-place finish knocks Biden out of the race.

Trump campaign: Meanwhile, consider this from the other side. Stack up a red socialist Democratic ticket next to President Trump’s openly stated desire to court the black vote in 2020. Suddenly, it becomes clear just how big a problem Democrats could face. In 2016, they lost the presidency in part because black voters shrugged at Hillary Clinton. Imagine how much worse it could be if they are not only shrugging, but actually wincing at the Democratic nominee — and perhaps as many as 15 percent of the ones who vote actually choosing the other guy?

And this isn’t the Democrats’ only problem. Also not big fans of socialism are the white working-class voters whom Trump successfully targeted in 2016. The thing many people overlook is that Trump still has room to grow in that area. Many of them voted Democratic in 2016, just fewer than usual. If Democrats think that Trump already hit the ceiling with that critical vote, they have another thing coming.

Yes, for now, Sanders doesn’t poll too badly. But if Democrats nominate a real socialist, that is likely to change. The possibilities will get better still for Trump, and they will improve Republican prospects of keeping control of the U.S. Senate and winning back the U.S. House.

Also, Sanders is going out of his way to lose Florida. And it would be a mistake to think that a committed, lifelong socialist is going to back down from such statements about Castro’s Cuba under a little bit of pressure from party bosses.

Economy: Trump’s electoral competitiveness, as always, depends upon a continuation of the good times that currently exist.

His personal approval is strong at 49 percent, an all time high. But his approval on the condition of the economy, That rating — 63 percent earlier this month, according to Gallup — will both bring his supporters to the polls and prevent his detractors from having their story heard. Consider the contrast between this election and 2010 or 2008. The absence of obviously lousy economic circumstances simply means that a given president’s biggest opponents are that much less likely to vote.

His supporters, on the other hand, are more likely to vote. That puts him in a strong position — and probably — if history is any guide — a better position than existing polling suggests. This is where the universally negative media coverage of Trump backfires. It guarantees that polls are likely underestimating Trump’s support among the public. 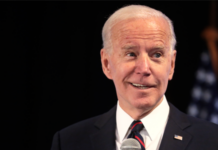