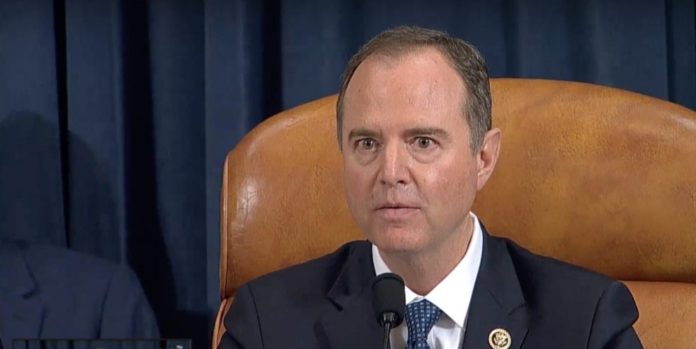 We hope that all of our readers enjoyed a happy Thanksgiving. And we observe that President Trump can probably be thankful for his opponents.

“You’ve been making your best case to the public for two months now,” Fox News’ Chris Wallace said to Rep. Hakeem Jeffries, D-N.Y., this weekend. “You just finished 30 hours of televised hearings, 12 witnesses, and the public apparently isn’t buying it at this point…It’s clear that there is none of the bipartisan support that Speaker Pelosi said, for months, was essential to impeachment.”

Jeffries had no real response to this point, and this is important. If Democrats impeach Trump all on their own, without any Republican support, then by Pelosi’s own reckoning they will be acting in a partisan fashion. The impeachment, under those circumstances, will not likely help them politically. A strictly partisan impeachment is not only certain to fail in the Senate, but it could dramatically backfire on many of the House Democrats who vote for it.

To this interview of Jeffries, add the comments of two other black members of Congress.

One is Brenda Lawrence, who represents a heavily Democratic Detroit-area district. Although she subsequently recanted her heresy, last week she voiced serious doubts about impeachment and called instead for Congress to censure Trump.

“Sitting here, knowing how divided this country is, I don’t see the value of kicking him out of office, she said. “But I do see the value of putting down a marker saying his behavior is not acceptable.”

For a safe-seat Democrat to speak out this way really does undermine the case for impeachment. Even the fact that she changed course later, under pressure from her party and its loyalists and ideologues, doesn’t change that.

Finally, there’s Rep. Will Hurd of Texas — currently the only black Republican in the House. The former CIA employee — a Trump critic who is retiring from Congress in part out of frustration with Trump’s leadership — essentially called B.S. on impeachment last month. Hurd, who sits on the intelligence committee, had been considered one of the most likely Republicans to jump ship and back impeachment. Instead, he became one of the first to declare outright that he will not support it, and that in fact he views the entire procedure as a farce.

“An impeachable offense should be compelling, overwhelmingly clear and unambiguous, and it is not something to be rushed or taken lightly,” Hurd said. “I have not heard evidence proving the president committed bribery or extortion. I also reject the notion that holding this view means supporting all of the foreign policy choices we have been hearing about over these last few weeks” of impeachment hearings.

The comments of these members of Congress — one Democrat, one Republican, both skeptical of impeachment — speak volumes. Trump’s White House is continues to win on impeachment until Republicans start turning against him. At this point, they haven’t — not even the ones who, like Hurd, have no special love of Trump and nothing at all to lose by crossing him. If even these Republicans oppose impeachment, then Democrats have truly embarked on a fool’s errand.

Georgia: Gov. Brian Kemp, R, plans to cross President Trump by choosing Kelly Loeffler, R, as Georgia’s next senator. The choice is a double-edged sword. For one thing, it means that the Republican defending the seat of retiring Sen. Johnny Isakson, R, will be able to spend massive amounts of her own money in doing so. This is useful in a state where Democrats persistently seem to be on the verge of an electoral breakthrough.

However, Loeffler’s appointment has drawn the ire of both President Trump and pro-life groups, who point to her alleged ties to abortion providers. Those ties revolve around her WNBA franchise’s support for Planned Parenthood and her membership in the board of a hospital that performs abortions and is described as “an abortionist training hub.”

Trump’s preferred candidate, Rep. Doug Collins, R, could yet mount a primary against Loeffler. And given the special rules involved in the special election that is coming, he could have quite an effect. State law calls for a top-two jungle primary in which both Republican and Democratic candidates will compete.