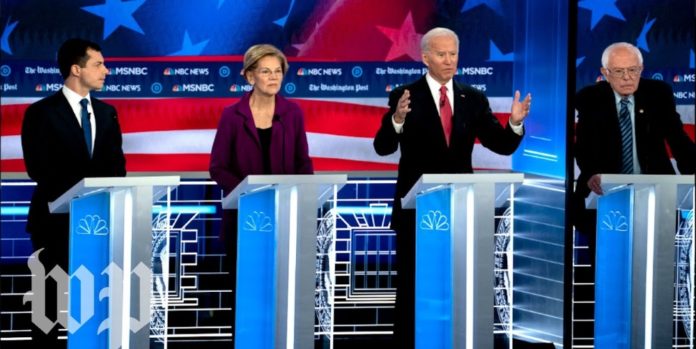 Last night’s Democratic debate left quite a bit to be desired from viewers, yet most of the candidates left relatively unscathed.

Going into the debate, Mayor Pete Buttigieg had the largest target on his back, following his recent rise in the polls; however, many of the attacks on him failed to leave a lasting impression.

Former Vice President Joe Biden continued to struggle as he fumbled over his words and seemed incapable of finishing many of his thoughts throughout the debate. Biden suffered a major gaffe when he stated that he had the support of the “only” black female senator in Congress while another black female senator, Kamala Harris, was standing just a few podiums besides him.

Despite being a recent frontrunner, Senator Elizabeth Warren failed to capitalize on her momentum and has taken heat for abandoning her plan to implement “Medicare-for-All” right away. Instead, her campaign recently released her “transition” plan which would supposedly get the country to a point of complete “Medicare-for-All.” But what matters to voters is that she has essentially conceded that her plan will not materialize as she has promised it would.

Lastly, the trailing candidates did not have many opportunities to shine, and when they did speak, they came off as rather lackluster and forgettable. Overall, the debate seemed to be a mere retreading of former debates, rather than something novel and exciting.

Until the Democratic nominee is selected, we should expect to see more of the same. Until then, their worst enemy, President Trump, awaits.