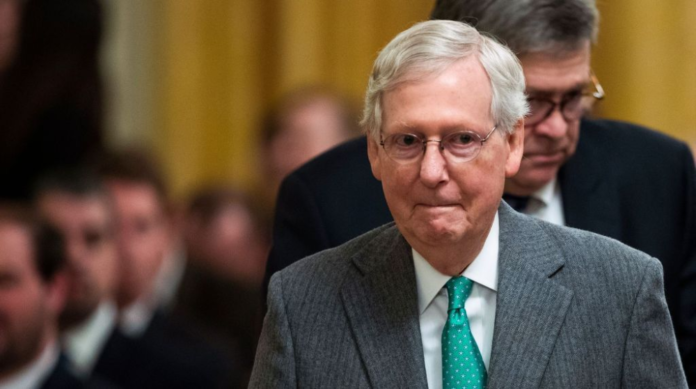 Impeachment: The needle on impeachment is not moving. And unless there’s some new allegation against Trump — something that goes way beyond the current ones — it isn’t going to move.

Two new polls taken since the beginning of impeachment proceedings confirm that minds are not changing. And voters — including Democratic voters — almost universally acknowledge at this point that President Trump is going to finish out his first term.

Impeachment, then, is not being conducted in order to remove him from office, but in order to weaken him politically. This makes the exercise seem rather cynical already. But then combine this with the fact that Democrats have been looking for an excuse to impeach ever since Trump’s inauguration. This underscores Republicans’ — officeholders’ and voters’ — attitude toward the entire process. Republicans have not been so much cowed or shamed out of criticizing President Trump as they have been convinced that the process is not about finding truth in the first place. It is a partisan exercise, and there is a serious chance that it will backfire when it fails to remove Trump from office (presumably early next year).

Last week’s hearings did nothing to change this dynamic. Most of the testimony centered around disagreements over policy toward Ukraine, not around any actual or alleged crime that Trump might have committed.

The most damning allegation — that Trump was using military aid as leverage in exchange for a political favor — might signify an abuse of power, but Trump can still plausibly (if not easily) wave this away as his way of holding a legitimate if unconventional discussion about Ukrainian corruption. As justification for removing an elected president, it’s a pretty hard sell, especially when he has the option of blaming Rudy Giuliani for whatever malfeasance occurred.

‘Bribery’: The latest gimmick is the Democrats’ use of the poll-tested term “bribery” instead of “quid pro quo” to describe Trump’s alleged transgression. It is ridiculous, and arguably a crime against the English language. “Bribery” involves a trade of material or financial considerations for official acts. You bribe a guard by paying him money or giving him gifts of great financial value. Trump is accused of no such thing. As his detractors would have it he committed not bribery but extortion — i.e., he made supposedly illegal threats in the course of demanding a political favor. That’s not a bribe.

Timeline: Previously, we mentioned the possibility that Senate Majority Leader Mitch McConnell would force an instant impeachment-removal vote in the event that House Democrats impeach President Trump. This would be a way of signifying a lack of respect for the process.

However, McConnell has since expressed support for an alternative approach. Instead of moving quickly, he would drag out proceedings as the Democrats’ presidential primary season begins. The results could be hilarious. Imagine the senators running for president, forced to spent two or three weeks before the Iowa caucuses hearing impeachment testimony. The alternative is to face the ire of left-wing voters for skipping impeachment, and then from mainstream general election voters for voting for Trump’s removal despite failing to attend.

This would be a real boon for Buttigieg, the only non-senator whose campaign looks promising at the moment.

There’s also former Vice President Joe Biden, but having failed to seize control with his large-dollar financing and generous early campaign spending, he is seeing his window of opportunity close.

In large part, Edwards won because he managed to bring out nearly 150,000 more supporters on Saturday than he had gotten to vote for him in the first round of the election last month.

The win for Edwards vindicates his moderate approach to governance — and perhaps also the sleazy, last-minute tactics that Democrats used to make the election into a racial battle, invoking the name of former KKK leader David Duke. But most of all, it demonstrates — along with Matt Bevin’s loss in Kentucky, that it’s just not enough, even in a heavily pro-Trump state, to bring the president in and expect to win on his coattails.

How much of a blow is this to Trump? Obviously it’s not what he was hoping for, but by the same token it doesn’t indicate that his presidency is especially weak or fragile right now. This might be a symbolic loss for Trump, who tried hard to put Rispone over the top, but one could just as easily argue that it’s par for the course for incumbent presidents to fail when they try to get their popularity to rub off.

After all, Democrats had much the same experience during the Obama era. Despite his great popularity among Democrats and in Blue states, President Obama’s campaign visits were not enough to prevent Democratic losses of the governorships of Virginia or New Jersey in 2009, nor of even Maryland and Maine in 2014. Obama was stunningly arrogant in telling Democrats that he could personally prevent them from suffering major losses in 2010. But the disappointing results he got from campaigning for various congressional and statewide candidates in the 2010 midterm did not, it turned out, portend a 2012 loss. It merely reinforced the fact that personal popularity is not translatable to others, and that there’s usually less to endorsements than meets the eye.

Alabama: In public, President Trump was willing to ameliorate his hostility toward the idea of a return by Jeff Sessions to the U.S. Senate. Although Senate Majority Leader Mitch McConnell isn’t so hot on the idea, and Trump remains upset with Sessions for recusing himself from the Russia probe, the president was at least pleased to have the former attorney general butter him up a bit during his announcement.

Sessions would be entering a crowded field to vie for his old seat, inhabited currently by former Auburn coach Tommy Tuberville, Rep. Bradley Byrne, and Roy Moore, among others. The danger of Moore making the run-off is remote this time around, and the winner has an excellent chance at unseating Sen. Doug Jones, D.