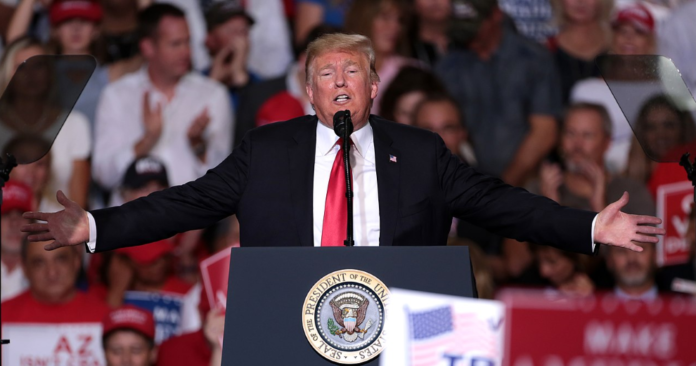 A very happy Easter to all our readers.

Mueller Report: As expected, the full Mueller report puts to rest any idea that President Trump or his campaign collaborated or “colluded” with Russia in the 2016 elections.

All along, it was never clear how “collusion” could have even been considered a crime, nor why Democrats, who were extraordinarily weak on Russia just a few years ago, would be so preoccupied by it. The report and investigation took place due to a combination of factors, including Democrats’ inability to accept the 2016 result and Trump’s heavy-handed and panicky response to the initial investigation.

But in the end, as we long expected, Special Counsel Robert Mueller’s team found no evidence of “collusion,” and certainly not of anything along those lines that could be charged as a crime. This means that much of the media wasted two years on false, hyped reports about a conspiracy theory. The investigation ferreted out a few process crimes and crimes that long pre-dated the Trump campaign, but nothing that suggested the 2016 result somehow came about through the treasonous arrangement that Democrats have conjured up.

Mueller’s report did produce more problems for Trump — at least in terms of appearance — when it comes to obstruction of justice. But here, the question becomes somewhat murky. The Mueller team’s controversial stated approach was not to countenance charging Trump with such an offense. Instead, in failing to clear him of obstruction, the report in effect leaves it to Congress to decide whether to move forward. There is some sense to this. It would be highly disruptive to the nation and pedantic to pursue a sitting president over a mere process crime with no underlying criminal offense. To bring such charges could actually be considered a coup against a rightfully elected president.

Moreover, even if Trump encouraged people to lie to the public and to journalists (but not to Congress or to investigators), it is highly doubtful that obstruction charges would stick in such a case, even if the most expansive possible reading of the obstruction statute might include such acts. Would it be worth bringing flimsy and dubious charges in such a manner, with no underlying crime, when the consequences could be so dramatic for the nation? If anyone is going to have to make such a decision, it would naturally fall to Congress with its constitutional role as the court of impeachment.

This leaves the ball in the hands of House Democrats. If they want to accuse Trump of obstruction, they can do it by impeaching him. If they don’t impeach him, then that’s their choice.

Already, some fans of Trump have criticized Mueller for leaving the president dangling in a fashion. However, he may actually have helped him by concluding matters in this fashion.

Instead of Trump facing a controversial prosecutorial decision — perhaps viewed as let off on a technicality — it is the Democrats who now face an agonizing choice between pandering to and disappointing their leftist base. If they fail to impeach Trump, then they are essentially admitting that they have no serious case for doing so.

So yes, the Mueller report makes Trump look bad in a number of ways. But politically speaking, he comes off it in reasonably good shape, able to frame the report and the near-certain lack of subsequent impeachment proceedings as a more or less complete exoneration.

For the moment, all the interest in the Democratic presidential primary is among the three B’s: Joe Biden, Bernie Sanders and Pete Butigieg. (Note that Robert Francis O’Rourke is not one of the three B’s.)

Biden: No, all those accusations of excessive handsiness with women will not stop him, not even in the #MeToo era. The former vice president is expected to make his announcement Wednesday. And by name recognition, if by nothing else, he begins as the frontrunner.

It’s very funny: As recently as 2008, Biden was your standard left-liberal Democratic senator. Today, he has somehow become the only clear moderate choice.

His lead in the early primary polls may just be the result of name recognition. He will be announcing his presidential candidacy Wednesday.

Buttigieg: Support for Buttigieg may be overhyped by political reporters who overwhelmingly live in the white, progressive bubble where people are most likely to support him. Still, he’s clearly earned a top slot in the race. He’s done it by stealing the place that former Rep. Robert Francis O’Rourke, D-Texas, planned to occupy, as the hip young male progressive candidate. No matter how much money “Beto” raises, Mayor Pete may well remain the more attractive choice out of the two.

Why? Well, there are many reasons. One is that Buttigieg has the benefit of appearing to have done more than just drugs in college. Another is that Beto caused a drunken accident, attempted to flee the scene, and lied about it. Buttigieg did not.

Another is that the mayor of South Bend, as minor as the position may seem, makes more consequential decisions and faces tougher odds of success in governing than any trust-fund kid who had a safe-Democratic congressional seat bought for him.

On his own merits, Buttigieg seems willing to talk a more moderate political talk without hiding or fearing his homosexuality — a combination that may be courageous in a Democratic primary where he’s already accused of not being “gay enough.”

Still, Buttigieg is quite far to the Left, and that means he’s competing for the limited amount of support available from the Democratic Party’s most committed partisans. It may make him hard to support for those Democratic voters who aren’t embracing the socialist wing of the party.

Sanders: Speaking of socialists, Sanders had the opportunity to make his case to a very large audience in his Fox News town hall. He continues to have the same appeal he did in 2016, despite his very advanced age. And when it comes to Sanders, his potential appeal to formerly Democratic Trump voters should not be underestimated.

Lifelong conservatives may well find Sanders’ socialist ideas to be crazy, but it would be a mistake to think that all of today’s Republican voters will reject him just because of the socialist label. In a world where angry voters come to believe that the system is rigged against them and vote for Trump as a result, it’s also possible they’ll back Sanders for similar reasons under the right circumstances. There is a lot of merit in comparing Sanders and Trump supporters, although Sanders’ opponents (in this case Buttigieg) draw the comparison at their own risk.

Alabama: The bad news for Republicans is that former state Supreme Court Chief Justice Roy Moore is running for Senate again and leads the pack in a new poll for the GOP primary. The good news is that Alabama is a runoff state, and he cannot win the nomination without an outright majority. This time, unlike in 2017, Moore is highly unlikely to win a runoff and take the GOP nomination.

In 2017, Moore was responsible for losing the apparently un-lose-able seat that had previously belonged to Sen. Jeff Sessions, R-Ala. He was able to win the GOP nomination in that special election despite President Trump’s opposition, because the national Republican Party had thrown itself behind appointed former Sen. Luther Strange, R, who was widely perceived within the state as corrupt. This gave Strange just enough support to reach and lose the runoff against Moore, who in turn lost the seat to Sen. Doug Jones, D.

Such a scenario is highly unlikely to repeat in 2020. Moore currently polls below 30 percent, and would likely finish about there in a runoff against any of his current Republican primary opponents. Although Rep. Mo Brooks, R, has bowed out, other Republicans running the gamut from conservative to establishment are already in the race. None of them — so far anyway — appears unattractive enough that they’d lose a runoff against Moore and hand the seat to a leftist Democrat for another six years.

Arizona: On paper, Democrat Mark Kelly looks like a formidable opponent for Sen. Martha McSally, R. But his history as a for-hire speaker for the Shaklee multilevel marketing-slash-pyramid scheme could become a serious problem. Left-wing Democrats are already pitching this, along with speeches he has given for corporate and foreign money, as grounds for selecting another nominee. They are unlikely to stop him, but they may well weaken him in a general election contest.