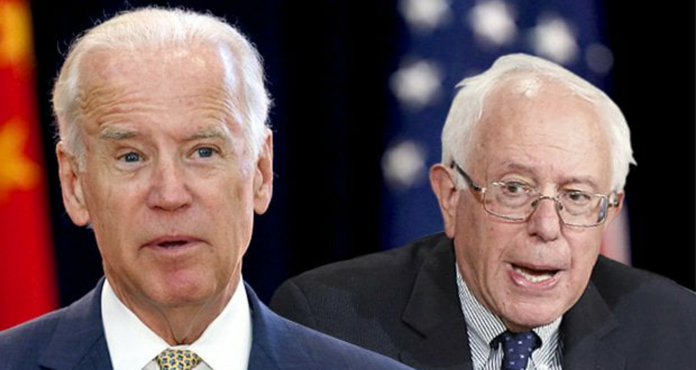 Cohen Testimony: There no smoking guns. Not only that, but every instance of Trump law-breaking that Michael Cohen could have directly confirmed with first-hand testimony — the Trump dossier and the BuzzFeed story about President Trump encouraging him to lie to Congress — he chose instead to debunk. Trump’s former attorney instead testified only to still-secret and still-hidden wrongdoing that may or may not pan out. Based on his record as a convicted perjurer, the good money is on “may not.”

On the other hand, Cohen did testify that Trump essentially told him to lie in public about his possible business interests in Russia while he was campaigning for the presidency. Again, the man testifying is a perjurer, but that doesn’t mean he’s always lying, either.

Yes, Democrats are involved in a mass self-delusion over what the Mueller report will eventually say. Turn on any MSNBC or CNN panel and you can momentarily fool yourself into thinking he’s going to be impeached next week. It ain’t gonna happen. Cohen’s inability to bolster their allegations of “Russian collusion” or obstruction of justice basically proves as much.

Even so, Republicans need to be aware that it’s not enough for a sitting president facing re-election to technically avoid egregious violations of the law.

Joe Biden: The former Vice President was forced to apologize last week for merely saying that Vice President Mike Pence is “a decent guy.” This is a good illustration of how out-of-place Biden is in the “woke” and “intersectional” leftist Democratic Party of 2019.

Sure, Biden has been around Democratic politics long enough to understand that he needs to grovel in if anyone is remotely offended by any of his comments. And the fact that he prostrated himself instantly in this fashion shows that he’s definitely running for president, or at least hasn’t ruled it out yet.

But Biden, who quietly (and unsuccessfully) urged Obama not to persecute the Little Sisters of the Poor during his vice presidency, is just not the candidate who’s going to lead the woke leftist hipsters of Park Slope to the promised land. Although his numbers in New Hampshire are pretty good (but not better than Bernie Sanders’), Biden may not be able to survive a long primary slog against a number of “woke” candidates, in which he’ll have to keep pretending he’s sorry every time he speaks or acts like a normal human being.

Jay Inslee: I know both of the questions you’re asking: Who? And then: Why? But the sitting governor of Washington State has a few advantages in a Democratic primary, even if he is white and male.

Inslee has the built-in advantage that non-Senators always enjoy in presidential primaries: they don’t have to vote on anything.

Here’s a fun real-life example for you. Thanks to Rep. Alexandria Ocasio Cortez, D-N.Y., all six of the Democratic presidential candidates in the Senate will have to vote for an embarrassing, half-baked Green New Deal proposal that carries an estimated price tag on the order of $93 trillion. Inslee doesn’t have to vote on it. And having announced that he’s basing his entire campaign on the environmental issue, he can still afford to wave off the GND as “aspirational,” because he didn’t co-sponsor it in an effort to curry favor with anyone.

This may be scary for Republicans to think about, but it might not really be such a big deal. The one thing that could stop Moore in a primary, even if the voters don’t shut him down immediately, is the lack of a corrupt, establishment-backed foil for him to run against.

The reason Moore won his primary and lost a Senate seat to the Democrats in 2017 is that former Republican Gov. Robert Bentley (who later resigned in disgrace) appointed Sen. Luther Strange, the attorney general who had been investigating him. That’s bad enough as it is, but then things got worse when Senate Majority Leader Mitch McConnell and the national Republican Party sided with the unelected Strange as if he were a real incumbent, even threatening those who worked with his competition. When Strange made the runoff in the primary instead of conservative Rep. Mo Brooks, R, it was a fait accompli that Moore would be the Republicans’ nominee (and later the loser of the general election).

This time, Republican Reps. Bradley Byrne and Gary Palmer. The latter is endorsed by the Club for Growth and the two are tied in a poll commissioned by that conservative group.

Sen. Doug Jones, D, will run for re-election, but he is not that interested in winning, judging by his far-left voting record.

Colorado: Sen. Cory Gardner, R, will likely face a serious opponent this year, but at least he won’t face former Gov. John Hickenlooper, D, who is certainly more formidable than the Democrats currently angling to run. Hickenlooper may be moving toward his own presidential bid (because 20 Democratic candidates won’t be enough)

Iowa: Sen. Joni Ernst, R, will not have to face former Gov. Tom Vilsack, D, Obama’s agriculture secretary. Vilsack announced that he doesn’t feel he can commit to another run for office, citing his advanced age of 68, among other things. This is all very good news for Ernst, who will begin as a favorite against any Democrat who challenges her at this point.

Texas: If former Rep. Beto O’Rourke, D, and his onesie cause trouble somewhere in 2020, it won’t be in the Texas Senate race against incumbent John Cornyn, R.

Cornyn, a former judge and attorney general who first took his current senate seat in 2002, would be much harder to beat than Ted Cruz, who nearly lost to O’Rourke last year. But President Trump’s polling is kind of weak in the Lone Star State, and Cruz’s near-death experience in last year’s race should serve as a wakeup call for a state party that cannot afford to rest easy.