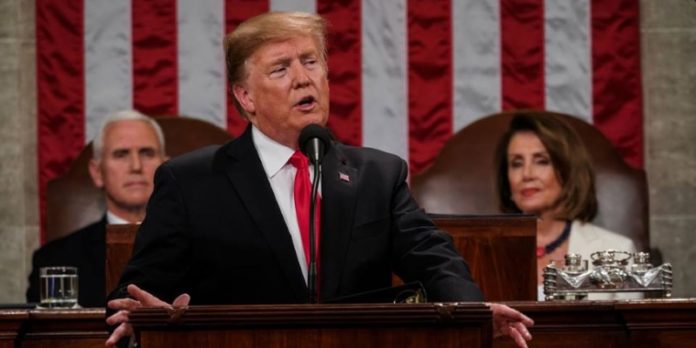 President Trump arguably gave the best speech of his career last week. It was a big plus to his prestige at a time when he was struggling, and this was reflected in snap polls of viewers by two of the major news networks.

The success of the speech won’t guarantee a successful conclusion to budget talks — Democrats may undermine those by trying to micromanage ICE — but it does mean that more Americans will view Trump sympathetically when the next budget tussle comes around. Trump showed is willing to offer compromise, willing to praise Democrats where appropriate, and ready to make a very strong case for the improved border security that Democrats supported until recently.

Trump’s big speech was a reminder that whatever the polls might say, he is not necessarily as weak and vulnerable as many Democrats believe. When he needs to communicate, he can do it, and his messaging will likely improve as the election season gets underway.

The rank-and-file on the Left have convinced themselves that the Russia saga will end Trump. We view this as highly unlikely. To take down Trump, Democrats need to defeat him on the issues and elicit some of his most off-putting behavior. They need to convince Americans that he is wrong about illegal immigration and other hot-button issues, while encouraging him to behave badly and scare off voters who are on the fence.

The coming fight over spending will hold within it a few clues about their prospects for success.

Another thing Democrats have to do if they want to beat Trump: Avoid convincing the public that they have all gone insane. 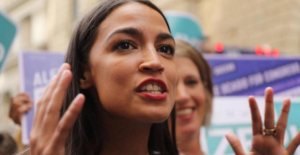 regard. Between its mention of “farting cows,” the planned abolition of air travel, and the aspiration to provide “economic security” to those “unwilling to work,” the document became the butt of Republican jokes after it was released last week.

The brainchild of the just-elected socialist Rep. Alexandria Ocasio Cortez, D-N.Y., the GND’s outline showcased the embarrassing ignorance and naivety that Democrats specifically must avoid — and indeed, this is all the more catastrophic given that so many Democratic presidential candidates endorsed it sight unseen.

The proposal’s cost would certainly dwarf that of the original New Deal, the moon landing, and the interstate highway system, the projects to which its supporters compare it. The draft outline contained so many laughable ideas that Ocasio tried to blame Republicans for the draft she had posted on her own website and released to the media.

The GND outline was so bad that it would behoove Republicans to force a vote on an actual bill that contains its principles during the coming election season — demoralize Democrats’ base by making these senators all vote against it.

Note, by the way, that House Speaker Nancy Pelosi, D-Calif., is no fan of this proposal, to put it mildly. And for good reason. 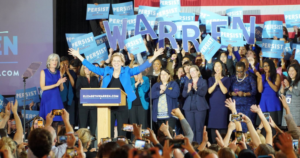 on her Texas Bar registration. This may not seem like a big deal, but it would have potentially helped her be hired for her appropriated ethnicity. What’s more, her supporters had strenuously maintained until now that she never actually checked the box, i.e. used her appropriated ethnicity in this way. This makes for very bad timing for her presidential announcement. Combined with the appalling political judgment behind her ill-fated DNA test, this could be enough to doom Warren’s chances for the nomination.

On its face, Minnesota Sen. Amy Klobuchar’s candidacy looks like the answer to a question that perhaps Democrats should be but aren’t asking: Can we nominate someone reasonable who can beat Trump?

Klobuchar is known publicly as an affable but serious and tough person — for example, compare her sober and smart performance at the Kavanaugh hearings to the grandstanding of Cory “Spartacus” Booker and Kamala Harris. She hasn’t gotten herself mired in the Democrats’ “intersectional” lunacy. And the only competitor for her lane is Joe Biden, who is formidable but really old, and may yet choose not to run.

Unfortunately, however, Klobuchar has another reputation on Capitol Hill that is not so favorable: She apparently so abusive and cruel toward staff that it negatively affects her office’s functioning. Several of her former aides spoke to Buzzfeed — something quite rare in Washington, where loyalty to one’s boss is everything. Internal emails showed Klobuchar also reamed out staffers in full sight of their colleagues, threatening to fire them over minor mistakes and belittling their work product, sometimes in all caps and at all hours of the morning. She is alleged to throw papers and objects, in at least one case hitting a staffer with a binder.

This may not be disqualifying, but it adds a decidedly negative attribute to her candidacy that wasn’t there before — or at least that many people were unaware of until now.

Conservatives have an unfortunate tendency to downplay or ignore the problems of black America. So consider this: The two most powerful men in Virginia — both white Democrats — have just been busted for wearing blackface and/or dressing as Ku Klux Klansmen in the 1980s, long after such costumes were widely understood to be inappropriate in polite society. Yet it’s the black Democrat — Lt. Gov. Justin Fairfax, D — who is currently most 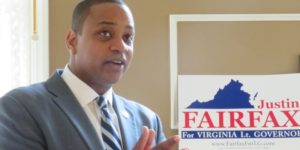 likely to resign, to be impeached, or perhaps even to face criminal charges.

Okay, so maybe that oversimplifies things. But it’s a rather stark irony all the same. This fall, both houses of the General Assembly are up for election, and Democrats are doing their best to lose.

Gov. Ralph Northam, D, who cannot run for another term in office anyway, has decided 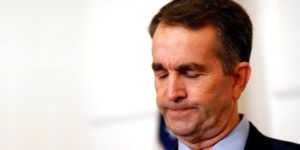 that he will not resign over the blackface/klansman photo he put on his medical school yearbook page in the mid-1980s, no matter how bad things look — or how badly it turns out for his party. He is thus defying calls from nearly every important national Democrat to step down. He is calling the bluff of House Speaker Nancy Pelosi, D-Calif., and most of the 2020 Democratic presidential hopefuls. And the fact is, not one of them can make him step down.

Northam, who is has been revealed also had the nickname “coonman” in college as an undergrad, could conceivably be impeached. But Kirk Cox, the Republican Speaker of the state House and fourth in line to become governor, has expressed skepticism that Northam’s decades-old offense merits impeachment. Cox is probably right — but either way, it is probably in Republicans’ interests to keep the wounded Northam right where he is.

Already, the weakened governor has capitulated to Republicans on taxes, and in a way that may prove costly to Democrats in the General Assembly. This fall, elections will be held for both houses of the state legislature, and Northam’s remaining in office will surely damage Democratic prospects in 2019.

Meanwhile, Attorney General Mark Herring, D, is third in line for the governorship. He 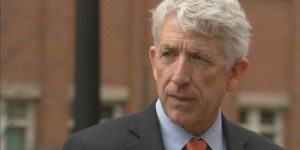 called for Northam’s resignation immediately after his blackface/klansman yearbook scandal emerged. But a few days later, he had to admit to his own use of blackface — again, in the 1980s, well after anyone could delude themselves about whether this might have been appropriate. Were Herring to leave office, the Republican-majority General Assembly would elect his replacement.

Were Northam to leave office, Fairfax would be next in line to succeed him. But Fairfax, who had been an up-and-coming Democratic star, has now been accused of raping two different women, one of them at the Democratic convention in 2004. Upon learning of the latter accuser, he reportedly reacted by saying, “F— that b—-.” He has thus set every hair on Democratic social justice warriors’ heads on end with a controversy that strikes at the heart of their intersectional worldview, which metes out special privileges based on one’s non-whiteness (favoring Fairfax) but ruthlessly cuts down accused rapists with or without proof (working against Fairfax).

Speaker Cox made clear on Saturday that Fairfax’s ability to govern has been”permanently injured,” a clear hint that impeachment may be on the cards in his case. Fairfax’s accuser has offered to testify against him. Were he to leave office, the current Senate President pro tem, Republican Steve Newman, would take over as acting LG while still maintaining his state Senate seat.

The bottom line is that Republicans are only likely to take over one of the three offices — and that’s actually not a bad thing at all. Yes, the governorship would be nice, considering that Republican control of it would give them a free hand in redistricting for the first time since 2000. But the next-best thing is to have scandal-scarred Democrats stick around and weigh down their party in November 2019.