“California Rep. Maxine Waters is hoping Americans ‘will turn the television off’ tonight when President Trump delivers the State of the Union address, saying he’s just not ‘worthy’ of being heard,” per Fox on Tuesday:

“I don’t even know why he wants to come and give the State of the Union. The State of the Union under him has not been good and he has been divisive. And I think he’s putting us all in harm’s way. And so, he is not worthy of being listened to. I don’t know why anybody would want to pay attention to anything that he has to say,” said Waters in an interview with Essence magazine.

“I’m not looking forward to his State of the Union, and I hope that people will turn the television off,” Waters stated, adding that she does not think she will attend the event in-person herself.

President Trump is set to deliver his State of the Union address on Tuesday, February 5, 2019 at 9PM EST, in the House Chamber of the U.S. Capitol. 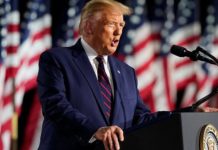 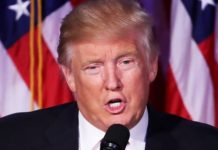