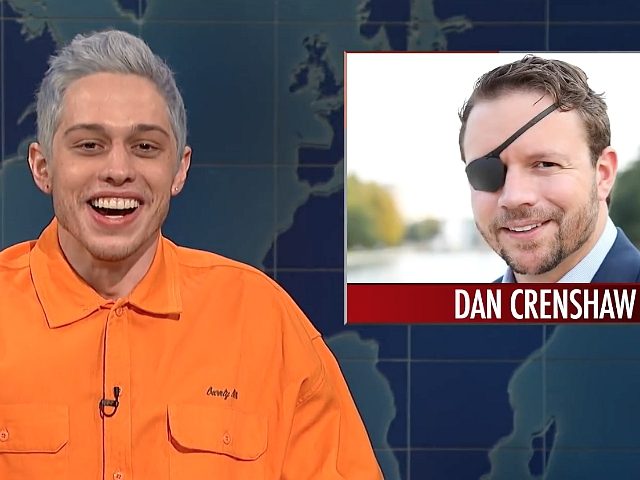 War hero Dan Crenshaw says he doesn’t need any fake apologies from Saturday Night Live after they attacked the Congressional candidate in a skit last weekend.

“I’m sorry, I know he lost his eye in war, or whatever,” Davidson added.

The remark prompted the National Republican Congressional Committee to demand an apology from NBC and Davidson. Crenshaw, in a Monday morning appearance on Fox News’s “Fox & Friends,” stopped short of such a demand.