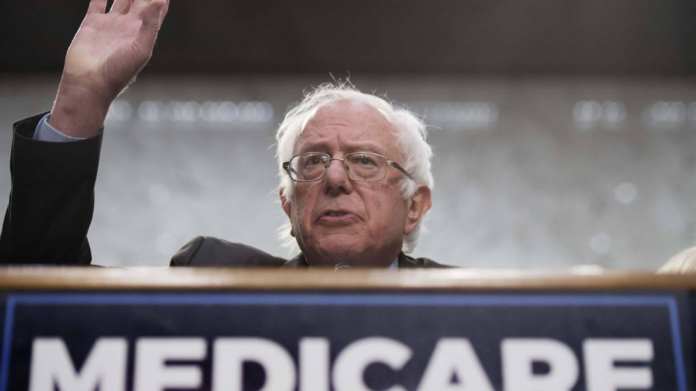 “Democrats are laying the groundwork to make a push for “Medicare for all” legislation if they win back the House in November,” The Hill reports.

“More than 60 House Democrats launched a Medicare for All Congressional Caucus this month, a sign of the popularity surrounding the concept of a government-run health insurance system for everyone that’s supported by liberal firebrands like Alexandria Ocasio-Cortez.”

Earlier this week, the Mercatus Center at George Mason University put out a study demonstrating that such a scheme would cost the federal government $32 trillion dollars.

$32.6 trillion dollars. That’s how much Washington Democrats’ single-payer healthcare proposal would cost over 10 years. Even doubling all federal individual and corporate income taxes wouldn’t cover this cost. It is just absurd. https://t.co/8jijG73wEw

“If the measure did make it through the House, it would have more than a dozen supporters in the Senate, where Sen. Bernie Sanders’s (I-Vt.) Medicare for all bill has 16 co-sponsors, including several potential Democratic presidential candidates,” the report adds.