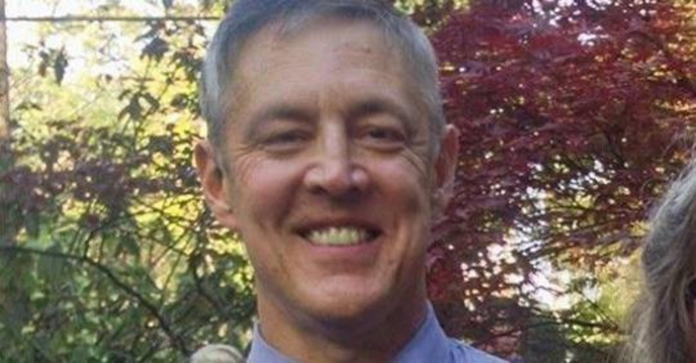 It’s like “basket of deplorables” all over again, except even more . . . swear-y. A Democratic party official in the state of Tennessee working Democrat Phil Bredesen’s Senate campaign has some choice epithets for Trump and Trump’s voters alike.

“A top Tennessee Democratic Party’s communications official made disparaging comments about President Donald Trump and lashed out against a suggestion to reach out to his voters, describing them as ‘idiots,'” per Fox News on Monday.

“Mark Brown, a top communications official for the Tennessee Democratic Party currently working as the leading spokesperson to help Democrat Phil Bredesen win the Senate race against Republican Marsha Blackburn, has made a number over-the-top comments on social media, including calling the president ‘f—stik’ and ‘Putin’s b—-,’ the Washington Free Beacon revealed.

“‘Exactly, f— ‘reaching out’ to Trump voters. The idiots aren’t listening,” Brown wrote in one of the tweets from 2017. In other tweets he also called Trump a ‘f—ing moron’ and ‘insane f—.'”

Democrat Phil Bredesen is a popular former governor of Tennessee. He and Republican Marsha Blackburn are competing for retiring Senator Bob Corker’s seat this fall. Trump won Tennessee by 26 points in 2016, but Bredesen has been enjoying a small lead over Blackburn in past polling.