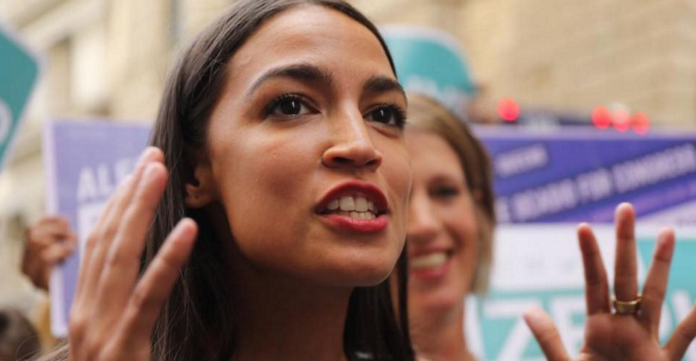 It’s not just your imagination, nor even just Republican propaganda. Democratic darling Alexandria Ocasio-Cortez is getting tons of attention because she’s working for it.

Her stunning win over House Democratic Caucus Chairman Joe Crowley, D-N.Y., was obviously a big deal, as are her fringe beliefs about expropriating (ahem, democratizing) private businesses, abolishing profit, and otherwise extolling and embracing an obsolete, discredited ideology by name in a society where unprecedented prosperity means there is just no demand for it.

But then, why is she gaining so much attention? In the time since her win, Comrade Ocasio and her allies have begun interfering in other races. That begins with her endorsement of a longshot primary challenger to Rep. Stephanie Murphy, D-Fla. In a district that isn’t necessarily safe Democratic.

This is not a recipe for making friends and influencing people in Congress. Progressive Democratic voters will surely scoff at former Sen. Joe Lieberman’s oped urging a vote for Crowley (who still appears on a minor party line) against Ocasio. But the fact is she’s going out of her way to get as hostile a reception as she possibly can. Remember, she isn’t even in Congress yet.

An even bigger problem has been the fact that Ocasio appears to be less than an intellectual  titan — perhaps even something of a dimwit. Her recent appearance on the revival of “The Firing Line” contained multiple disastrous moments. Her Democratic defenders have taken to arguing that she did no worse than Trump on some issues — and that argument, coming from bitter Trump-haters, should illustrate just how badly she did.

Will Democratic Socialism reign supreme in the Democratic Party? Things do seem headed that way in the long run, despite Ocasio’s inauspicious start.

Thanks to their losses in Middle and Rural America,  Democrats mostly represent urban areas that aren’t afraid to elect socialists and even find them entertaining (even if they won’t actually practice socialism). It’s only a matter of time before this movement is built. But that doesn’t mean it’s ready yet.

Sen. Claire McCaskill, D, is making what she can of reports that her Senate office was the target of an attempted Russian hack. It even gave the St. Louis Post-Dispatch editorial board a free excuse to opine in her favor. But take this to the bank: Russia is an issue for extreme partisans — it isn’t going to be one of the central issues in November. Republican Attorney General Josh Hawley looks like a slight favorite headed into August, and that’s a victory for any Senate challenger.

Don Blankenship, having lost the GOP primary, filed to run as a candidate of the Constitution Party last week. He was denied under West Virginia’s sore loser law. He promises to sue to overturn the law, but such litigation should be considered a longshot. Assuming it fails, the main event will be the race between incumbent Democratic Sen. Joe Manchin and Republican Attorney General Patrick Morrisey, advantage to Manchin.

Agriculture Secretary Adam Putnam, once a clear favorite, has fallen behind as the Aug. 28 Republican primary approaches. This is surely thanks in part or in whole to President Trump’s endorsement of Rep. Ron DeSantis, a conservative congressman.

DeSantis had been a good sport in 2016, dropping his Senate bid when Marco Rubio changed his mind and came back to run for his seat. He is likely now to have his turn and run for a statewide office that Republicans have controlled since 1998.

This November may mark the Democrats’ best chance in the last 24 years to win the governor’s mansion. Moderate former Rep. Gwen Graham, daughter of former Sen. Bob Graham, D, is a narrow favorite at the moment to win the Democratic nomination over a crowd of more progressive opponents, led by Miami Beach Mayor Philip Levine and billionaire self-funder Jeff Greene.

Still, the Florida Democratic Party has long been a basketcase. Note that it is strangely uncompetitive, given just how closely divided the state is. With Gov. Rick Scott leading in most polls of this year’s U.S. Senate race over incumbent Sen. Bill Nelson, D, DeSantis cannot be completely counted out.

As expected, Secretary of State Brian Kemp easily won last week’s primary, crushing Lt. Gov. Casey Cagle. Cagle’s lack of authenticity was laid bare by recorded conversations, and the state’s Republican voters were having none of it. President Trump’s late endorsement  of Kemp sealed the deal.

Kemp, who had been the underdog until recent weeks, is a very Trump-like Republican in many ways. The contest between him and Democratic nominee Stacey Abrams will be a nice test case of two things: First, of Trump’s 2020 re-election against a left-wing Democrat; second, of whether Georgia is going to return, now or soon, to a Democratic Party that is far more left-wing than the one that lost its grip on power in the 2002 election and has failed to get even a toe-hold in state government in the time since.

Thursday’s gubernatorial primary could be a rather exciting finish to a long race. Rep. Diane Black, Economic Development Commissioner Randy Boyd, and businessman Bill Lee are all within striking distance, and House Speaker Beth Harwell may not finish far behind them. The Democratic primary is far more lopsided — Nashville Mayor Karl Dean will win easily.

As Democrats head toward their August 14 selection of a nominee to run against Republican Gov. Scott Walker, be skeptical of polls showing Walker far behind. The Marquette Law School Poll, the gold standard in this closely divided state throughout the last decade of elections, hints at a closely fought race that Walker could indeed lose, but certainly not by a double-digit margin.

Walker’s current approve/disapprove is 47/45, according to the Marquette poll from earlier this month. This is very consistent with his ratings over the last several years. As in his previous races, he can be expected to get at least 47 percent of the vote but not much more — and that applies whether he wins or loses.

Democrats are highly likely to nominate Tony Evers, the state’s three-term superintendent of schools. Evers would be the first Democrat to run against Walker on a promise of reversing Act 10, Walker’s landmark public-sector union reform measure. This is something Democrats probably have to say in their primary. But because Act 10 did so much to help put municipal finances in order, it is today an extremely popular reform. Evers’ promise of repeal could come back to haunt him in the general.