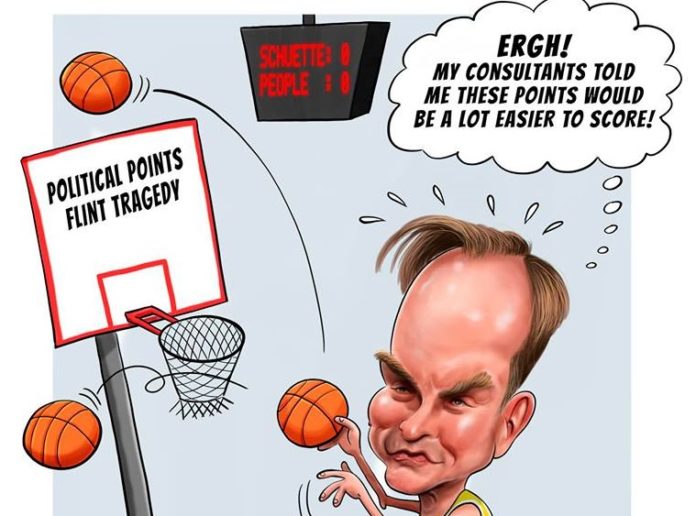 Crain’s writes that Schuette’s investigation seems to be more about his campaign for Governor than anything else.

The paper also worries that prosecuting people like Nick Lyon, the state’s health director, could have a chilling impact in the future.

The news comes as Schuette faces an FBI investigation for using state employees, while on the job, to help him with personal luxury real estate deals. He is also under fire for hiring state employees to help with his campaign for Governor.

“A 10-month preliminary exam for state health Director Nick Lyon is expected to end Wednesday with a Genesee County district judge deciding by July 25 whether prosecutors commissioned by Attorney General Bill Schuette have enough evidence to bring Lyon to trial.

We are not making a value judgment on lives lost to Legionnaires’ disease, but we suspect this case has more to do with Mr. Schuette’s gubernatorial bid than righting a wrong in Flint.

Putting Lyon on trial could have a chilling effect that would haunt Michigan for years to come. State administrators — if they could be lured into public service in the first place — may hesitate to make big decisions.”

Crain’s believes employees like Lyon should be protected from prosecution in the way police currently are. 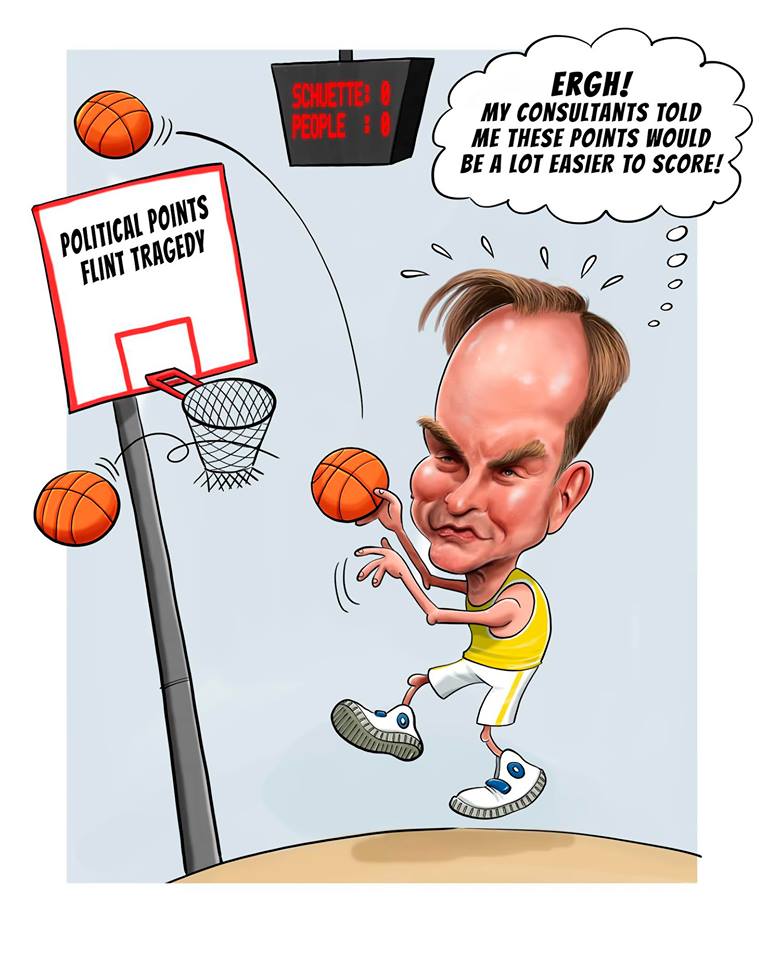 “Simply put: Putting Lyon on trial would set a terrible precedent for how we police state officials.

In government, officials need some level of security they won’t be prosecuted simply for doing their jobs. They often are called on to make decisions that can have life-or-death consequences.

The law recognizes this necessity. Police officers and firefighters have strong protections against civil or criminal charges stemming from actions they take while performing their jobs. State officials should have the same.”

Schuette is also currently under investigation by the FBI, a stunning development last week that rocked the Governor’s race.

“The Ingham County prosecutor has referred attorney Mike Nichols’ concerns about possible criminal wrongdoing by Attorney General Bill Schuette to the FBI, according to Nichols.

On Tuesday, Siemon spokesman Scott Hughes said that Siemon referred the letter from Nichols “to an appropriate agency,” which he would not identify.

But Nichols on Tuesday circulated the text of an email he said he received Monday from Siemon that said: “After some research, it was determined that the most appropriate investigative body for this matter is the FBI.”