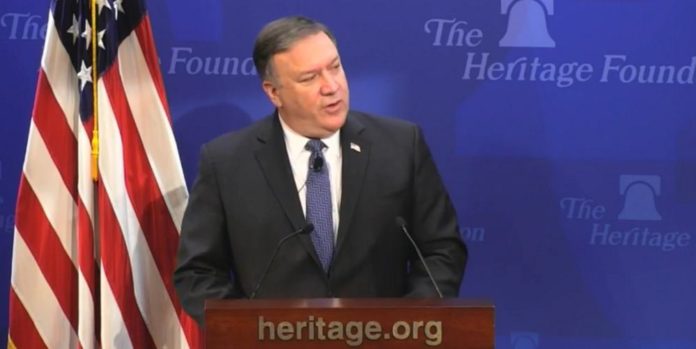 Pompeo put forward a list of demands for the Iranian regime, including that Iran stop its enrichment of uranium and abandon its involvement (not least the funding of terrorist activities) in other nations, or pay the financial consequences:

“Iran will be forced to make a choice: either fight to keep its economy off life support at home or keep squandering precious wealth on fights abroad. It will not have the resources to do both,” Pompeo said.

He also demanded the release of all U.S. citizens currently being held in Iran.

“The sting of sanctions will be painful if the regime does not change its course from the unacceptable and unproductive path it has chosen to one that rejoins the league of nations,” he said. “These will indeed end up being the strongest sanctions in history when we are complete.”