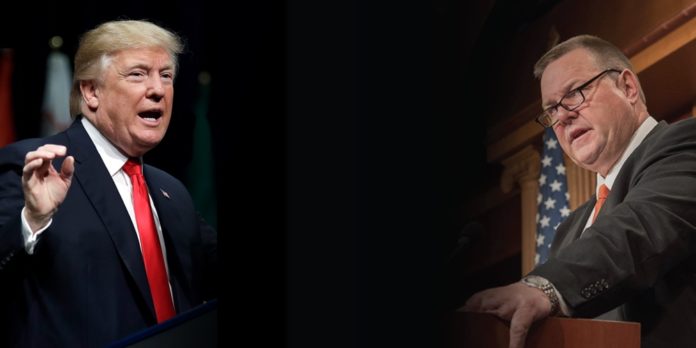 Primaries coming up in May (key statewide contests)

The narrow win in such a strongly Republican-leaning district is obviously enough to put the fear of God into Republican leaders. But it’s actually much worse than that.

Tipirneni was a uniquely flawed candidate, and she made an unusual gaffe late in her race that highlighted her flaws. There won’t be many Democrats running in November who are doctors who left the profession under a cloud caused by a grave medical malpractice claim. Republicans can’t count on getting bailed out in the same fashion in many other races.

Tipirneni, who hasn’t seen a patient in more than a decade after a malpractice case ended with her patient suffering kidney failure (she failed or forgot to give her a tetanus shot), thought it a good idea to cut an ad in which she appears in scrubs and a lab coat. She couldn’t have offered Republicans a clearer invitation to highlight her professional career in the last two weeks of the race.

It should be scary for the GOP to think that if they hadn’t been handed that golden opportunity, Tipirneni might well have won. And if this district is falling, Republicans could lose as many as 100 seats that are less Republican than Arizona-8.

Montana: Republicans may have found the perfect way to deploy President Trump for the 2018 election. And that’s quite an accomplishment, given the current, challenging circumstances for the party, which faces a five to ten point deficit in the generic ballot polls at the moment.

For the answer, just look west to Montana’s Senate race, a potential sleeper contest. Sen. Jon Tester, D-Mont., is favored to prevail, yet the state is always within reach for the GOP,  and a Republican gain would essentially guarantee retention of the party’s Senate majority.

It’s common knowledge that presidents’ parties lose ground in midterm elections. No matter how popular they are when elected, a backlash forms in the first two years of their term, and their party suffers in Congress.

What’s more, it usually doesn’t help at all for the president to campaign in the midterm, either. In fact, it tends to backfire. It certainly didn’t help for Obama in either of his midterms. In 2010, his campaigning was worthless to Democratic candidates, even though he had reassured them that “The difference between 1994 and 2010 is you have me.”

In 2014, Obama seemed to have learned his lesson. He limited himself to campaigning in safe zones — basically just in Maryland and Maine for sure-shot Democratic gubernatorial candidates. But Democrats ended up losing both races, to the utter consternation and shock of Washington’s political elite.

George W. Bush fared little better in his midterm election of 2006, when Republicans lost the House and Senate. His handlers at least understood it would be unwise to have him campaign at that time. Although Bush’s party gained ground in 2002, that had more to do with unique circumstances after 9/11 that don’t pertain today.

Trump has his own unique qualities, of course, and is nothing like Bush or Obama. It’s worth wondering how and whether he can best put them to use for his party. Republicans have been quite worried that even if he wasn’t a drag on his party in 2016, he might be in 2018.

Then again, there may be some way of turning Trump at his Trumpiest into a weapon that devastates vulnerable Democrats. That’s where Tester comes in.

Trump, unlike Bush and Obama,  was unpopular when he won the presidency. Even many of his voters disliked him. But they liked him enough to vote for him. And there’s something about his Twitter-feuding, grudge-carrying personality that really excites a certain kind of voter in certain parts of the country.

That’s why his new feud with Tester is potentially so exciting. It has Republicans excited at the possibilities of what they can do with Trump during 2018.

Tester was responsible for leaking much of the derogatory information that sank the nomination of Adm. Ronny Jackson as secretary of the Department of Veterans’ Affairs last week. In the time since Jackson withdrew his name from consideration, some of the rumors that Tester spread have been refuted by investigations, and others at least cast into doubt. As a result, Trump is now on the warpath, calling on Tester over Twitter to resign.

Tester will not resign, but Trump has caught him on a national stage in the act of leaking lurid gossip (true or false) to the press about someone whose guilt is very much in doubt.

So what happens if Trump begins campaigning non-stop against Tester — not even so much for the Republican nominee in Montana? What if, in true 2016 style, Trump coins a nickname for the senator (“Lyin’ Jon?”) and begins harassing him over Twitter and with a well-timed tour of the Treasure State?

Tester carried Montana by two percentage points in 2012 (by about 18,000 votes) and by one percentage point in 2006. He has never actually won more than 50 percent of the vote in his state.

Tester was expected to get a pass after Ryan Zinke was elevated to interior secretary. But if there’s an active personal feud between Tester and Trump going into 2018, which one of them do you think is going to win?

Expect to hear a lot more about this before the fall.

Indiana: Mike Braun , who jumped into the Republican Senate primary as a longshot businessman, appears to be surging late in this race, as both of the more seasoned politicians in the contest — Reps. Luke Messer and Todd Rokita — struggle to gain name recognition outside their own corners of the state.

Braun has built up his campaign through nothing but brute force — $5 million of his own money — and he’s campaigning like he’s Trump. No really: the swamp stuff, the outsider status, the namecalling (“Todd the fraud,” “Luke the liberal”) — everything about his campaign screams Trump. And it might just lead him to victory.

Rokita and Messer, meanwhile, have each been hung up on mildly embarrassing scandals. For Messer, it’s old DUIs from when he was in his 20s. For Rokita, it’s a yard sign that seemed to imply he had Trump’s endorsement in the primary, which earned him a rebuke from Trump.

Neither scandal is that big a dea in itself, but as the primary approaches, this is a bad time to be explaining yourself. Much like Matt Bevin snuck in between two feuding and scandal-struck politicians to become an unlikely governor of Kentucky, Braun has a chance of seizing this nomination, just coming out of nowhere.

Then again, the available polling (and there is very little, because robo-polling is illegal in Indiana) shows so many undecideds that it’s definitely within reach of any of the three candidates. The primary is May 8, and the winner takes on freshman Democratic Sen. Joe Donnelly this fall.

West Virginia: Democrats are spending heavily — nearly a million dollars at this point – to prop up the candidacy of ex-con Don Blankenship in the Republican primary. It’s a clever move (if it doesn’t backfire), but late polls indicate that Blankenship is well behind both of his rivals,  Attorney General Patrick Morrisey (the more conservative of the two) and U.S. Rep. Evan Jenkins. It’s probably a toss-up between the two, with Jenkins just ever-so-slightly favored.

The winner on May 8 takes on Democratic Sen. Joe Manchin. In the total absence of polling, it is difficult to say just how competitive this race will be, but it’s becoming harder and harder for any Democrat — even for someone as ostensibly popular as Manchin — to hold on in the Mountain State.

Manchin’s decision to become part of the Senate Democratic leadership team might also prove harmful to his electoral health, if Republicans nominate someone sane and hammer his votes against Trump priorities and nominees.