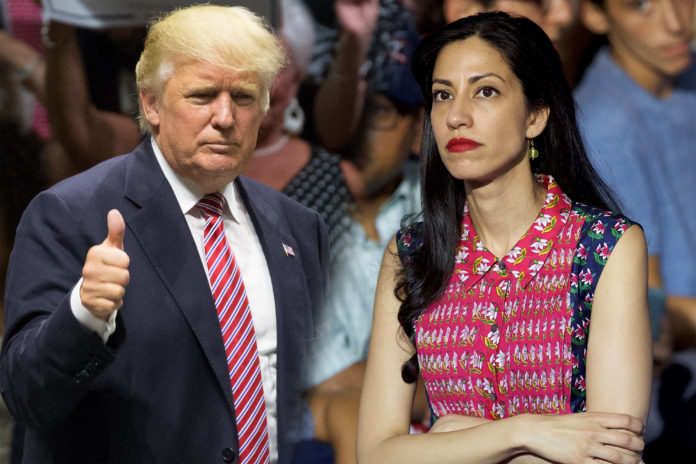 Trump’s statement comes after news broke that Abedin had suspiciously transferred emails to herself using her husband Anthony Weiner’s computer.

“Trump was referring to U.S. Navy Sailor Kristian Saucier, who was put in prison for taking unauthorized photos inside a nuclear submarine. He seemed to suggest a double standard is at play, compared with the lack of punishment for Clinton and her aides.

The president’s tweet comes after the State Department, in a Friday news dump, released a batch of emails from Abedin’s account that were discovered by the FBI on a laptop belonging to her estranged husband, Anthony Weiner. At least four of the documents were marked “classified.”

Abedin also forwarded sensitive State Department emails to her personal Yahoo email account before every Yahoo account was hacked, first reported by the Daily Caller. Abedin also sent passwords for her government laptop to her Yahoo account on Aug. 24, 2009.”