Defeat: So, what happened last Tuesday? There’s no nice way of putting it. Republicans got crushed.

It’s not the end of the world, but it should help some people learn that no, the 2016 election was not the last election ever. Contrary to what so many have been saying for a year no, no one has the final word yet on whether President Trump really did vanquish the established ruling elites. In a constitutional republic, there are always other elections coming up. Conventional wisdom, once thwarted, has a way of reasserting itself in subsequent elections.

There isn’t too much sense in asking whether Trump is to blame for last week’s Democratic victories. In a sense, he has to be somewhat at fault. Historically speaking, the mere fact that he’s president stacks the deck in Democrats’ favor in the Virginia governor’s race. But Republican nominee Ed Gillespie’s choice to focus so much on cultural issues we’ve come to associate with Trump — sanctuary cities, gangs, confederate statues, etc., — doesn’t seem to have been of much help to him.

In short, the strategy of campaigning on “Trumpism without Trump” doesn’t work in the Commonwealth of Virginia. It could still work elsewhere, but Republicans in 2018 are at least going to think carefully before they go trying to harness that Trump magic from ‘16.

The truth hurts: Why was this election so painful? It’s not just that Republicans lost the Virginia governor’s race by nine points. That’s happened before — in fact, the last Republican governor won in 2009 by nearly twice that. But the fact that the Dems came so close to capturing the state House of Delegates — 66-34 Republican before the election, viewed as solid and unassailable. It came down to three races that went to recount. Ouch.

Across the map, Democrats won important and consequential off-year races, even if a lot of them were on fairly friendly territory. In Washington State, Democrats picked up the one suburban state Senate seat they needed to assert full control of the governorship and both houses of the state legislature. In New Jersey, of course, they established another such “trifecta” by cruising to an expected victory in the governor’s race. In Maine, voters also chose to expand Medicaid in a referendum.

Over-optimism backed by bad polling concealed a grim reality for Republicans that was laid bare on Tuesday, and which now threatens to weaken the Trump administration significantly in twelve months’ time.

In short, last Tuesday was an early sign that yes, voters’ anxiety in the Trump era is for real. And that yes, it can propel Democrats to big victories in the wealthy, educated, white suburban areas — areas where Republicans still need to do well in order to prevail in many states. Virginia, Washington and New Jersey just happen to be three of those states. And Virginia was a state — in sharp contrast to the Rust Belt states — where Trump did substantially worse than Mitt Romney. Virginia wasn’t just a state that Trump failed to win. Virginia, like Georgia and Arizona, was a state that overtly rejected Trump, accelerating its trend toward Democrats even as Trump was becoming president.

The bright spots from last Tuesday for Republicans were few, far between, and obscure. (We’re not going to go into the Pennsylvania Supreme Court election). And that has Republicans very worried about keeping control of the U.S. House next fall.

Last Tuesday’s defeat has triggered (or at least coincided with) a new round of Republican retirements in the U.S. House. Texas Rep. Ted Poe, Virginia Rep. Bob Goodlatte, and New Jersey Rep. Frank LoBiondo are all calling it quits. Of the three, only LoBiondo’s seat is vulnerable to a Democratic takeover, but it is extremely vulnerable.

Democrats only need to pick up a net 24 seats to win control of the House. Last week, they showed that there’s enough voter anger to make it happen, if they can only harness it properly.

Alabama: As if the election results didn’t sting badly enough, they were followed up by a development that could cost Republicans another Senate seat very soon.

Roy Moore, who defeated the establishment to become the Republican nominee in next month’s special election for Senate in Alabama, has been accused of inappropriate behavior with multiple teenaged girls in the late 1970s. Two of the girls were as young as 14 at the time it happened, and Moore was in his early 30s. Only one account involves a potentially criminal sexual encounter with a 14 year old.

Moore denies that allegation outright, but he does not completely deny having courted teenage girls just a couple years older than that, which to most people is at least weird for a man in his 30s. There’s been a lot of head-scratching over whether voters should treat Moore as innocent until proven guilty. The fact is, they probably won’t. It’s even too late to pull Moore’s name off the ballot. Even if it weren’t, he’s made clear he won’t go quietly. If Moore somehow manages to win just by dint of Alabama being Alabama and rejecting Democrats, it will be an astounding, miraculous result.

Already, this story has turned what should have been a snoozer of an election into a race that leans Democratic. It’s Democratic nominee Doug Jones’ lucky day, but especially Senate Minority Leader Chuck Schumer’s.

One more point: It’s easy enough to blame Steve Bannon or those who promoted Moore as the nominee. But in fact, Republican leaders might have been able to avoid this fate if they hadn’t decided to prop up appointed Sen. Luther Strange, whose ethics problems trumped all else in the primary. Because Strange had the help he needed to make the second round of a contested three-way primary, Moore’s nomination was nearly assured. The NRSC, which chose to treat Strange as a party incumbent even though the voters had never chosen him, thus bears part of the blame for whatever problems Moore creates.

Tax reform: There may not be any way for President Trump to avoid losing one or both Houses of Congress to angry voters next year. That’s the nature of midterms — the president’s party nearly always loses.

But if he is to have any chance of keeping his allies in power and avoiding President Obama’s fate, Trump badly needs a win. It’s a necessary condition, not a sufficient one. Republicans have already brought bills to the floor in this Congress, only to see them fail. The GOP leadership’s control of Congress is very much in doubt. But if Repubhlicans clam up again on tax reform the way they did on Obamacare, then their majorities are probably finished.

The perception of fecklessness and incompetence is already beginning to dog Republicans in Congress, but they still have a way to make it worse. With the House and Senate releasing rival versions of tax reform, the path to failure and an ignominious defeat is clear. 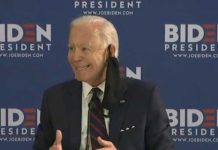 Biden Has Little to Gain From His Veep Choice 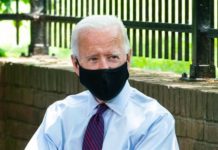 The Russia Collusion Hoax Raises its Ugly Head Once Again 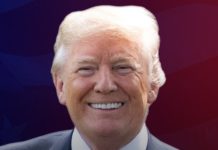