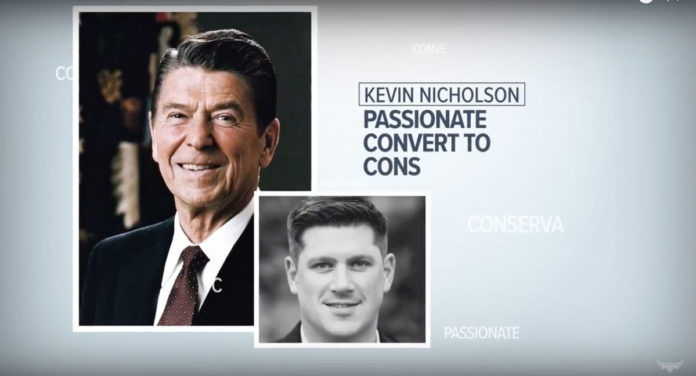 The GOP primary election in Wisconsin for the right to challenge incumbent Tammy Baldwin may be just under a year away, but ads are already hitting the airwaves.

Two groups that support challenger Kevin Nicholson are spending big early on to boost him in what is shaping to be a very competitive primary.

Restoration PAC, a group supportive of Nicholson, launched a $625,000 TV ad buy for an ad that compares Nicholson to President Ronald Reagan as a “passionate convert to conservatism,” as well as attacking Baldwin for “disrespecting our veterans.”

“Kevin Nicholson is exactly what Wisconsin and America need in the U.S Senate,” the ad concludes.

Another ad being run by Solutions for Wisconsin PAC, another pro-Nicholson group, highlights Nicholson’s military record as a Marine officer and being awarded the Bronze Star.

“Nicholson came home to Wisconsin a true conservative. A patriot, committed to strengthening our military to defeat islamic terrorism,” the ad reads.

Other groups have focused their sights exclusively on Tammy Baldwin.

Freedom Partners, a group partially funded by the Koch brothers, released an ad titled “$5 trillion” attacking Tammy Baldwin for voting for tax increases, with an initial television and digital buy of $1.6 million.

“Baldwin supported higher income taxes, sales taxes – even energy taxes,” the ad says. “Rigging the system against us. Standing in the way of more jobs and higher wages.”

Ad buys this early in the election season, almost a year before the actual primary themselves, shows just how important this election is to both sides of the aisle.

This seat is considered a vulnerable seat for the Democrats in a state that voted for Trump in 2016.