The Mackinac Conference is the traditional kickoff for Republican campaigns for statewide office and this conference did not disappoint.  This conference was led by Ambassador Ron Weiser who won everything in 2010 last time he was Chairman of the MIGOP.  It included the re-emergence of Governor John Engler, the homecoming for RNC Chairwoman Ronna Romney McDaniel, and a keynote speech by Education Secretary Betsy DeVos.  The candidates for statewide office were generally left off the official program, but there were plenty of winners and losers.

Attorney General Bill Schuette was the winner of the conference.  He had the biggest presence, won big in the straw poll, and secured the endorsement of Candice Miller, who is now rumored to be his choice for Lt Governor.  The main problem for him were the interviews by Governor Snyder regarding the Flint investigation that put the Attorney General in an unfavorable light, and potentially are a preview of how their relationship will unfold as the campaign progresses.  It is a long campaign ahead, but Schuette leaves Mackinac in a strong position.

Tom Leonard was perhaps the biggest surprise of the Mackinac Conference.  He has not yet announced his intention to run for Attorney General yet won the straw poll by a 2-1 margin over the only announced candidate to date, Tonya Schuitmaker.

Bob Young clearly benefits from Lena Epstein’s decision to run for Congress rather than US Senate.  His outsider messaging seemed to have caught on with delegates who are looking for leaders ready to drain the swamp.

Fred Upton was a winner not because of his 3rd place finish in the straw poll, but rather because he made it clear he would be the establishment candidate with the funding necessary to compete.  He had an event that featured Governor Snyder and all the Congressmen, and was the buzz of the island.  He showed once again that he is a skilled campaigner and will have a very strong base of support in West Michigan in a field of candidates who each lack a respective regional base.

Stan Grot had the largest presence on the island and earned a big win in the straw poll in the race for the Secretary of State nomination.  He showed his strong base of support among grassroots conservatives and his top competition, Senator Kowall, dropped from the race.  The establishment has found a new candidate, Mary Treder Lang, but establishment candidates do very poorly at state conventions.  Stan Grot has emerged as a strong frontrunner for Secretary of State and has a very strong base of support in the 9th and 10th congressional districts.

Tonya Shuitmaker was perhaps the biggest loser of the conference.  She was the only candidate running for Attorney General and managed to lose by a margin of 2-1.  The biggest rumors were whether she would choose to run for Congress in the 6th Congressional District instead after her disappointing defeat.  She has a very big disadvantage among grassroots conservatives because she has the 3rd most liberal voting record among GOP senators, according to 2016 scoring by Lansing-based MIRS.  Most people believe she would have a better chance in a GOP Primary rather than a convention audience.

John James might have the most potential of anyone running for statewide office, but Mackinac was a disappointment for him as his team seemingly fell apart.  The firm running his campaign split their bets and are now helping Fred Upton for US Senate as well.  He will have to beware of “pillow talk” moving forward and have concern over leaked research.  He wakes up today in a much worse position than before the conference.

Democrats are losers because the Michigan Republican Party is united, strong, and ready to defeat them next fall.  The RNC Chairman is from Michigan, and Ambassador Ron Weiser will make sure the funding is there for GOP candidates.  The future is bright in Michigan for conservatives.

Lt Governor Brian Calley was the most talked about candidate on the island.  Will Calley run?  He delayed any potential kickoff to his campaign for Governor and announced a series of townhalls across the state in October.  The straw poll results were mixed for him.  He overcame conservative favorite Patrick Colbeck in the straw poll despite not being a candidate, but Schuette supporters voted in mass against the Clean MI Government part-time legislature proposal.  Colbeck told MIRS he would vote for the part-time legislature if it makes the ballot, a smart move given that 72% of GOP Primary voters support it.  Lt. Governor Brian Calley is an x-factor because he could still quickly emerge as a leading candidate for Governor or US Senator once he submits the signatures for the ballot proposal.

Sandy Pensler made the rounds at the Mackinac Conference and told MIRS that he owned 6-7 businesses and would fund a campaign.  Any businessman for US Senate who is willing to run as a non-career politician outsider, and willing to fund ads to penetrate that message, has a chance to win and should be taken seriously. 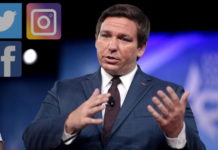