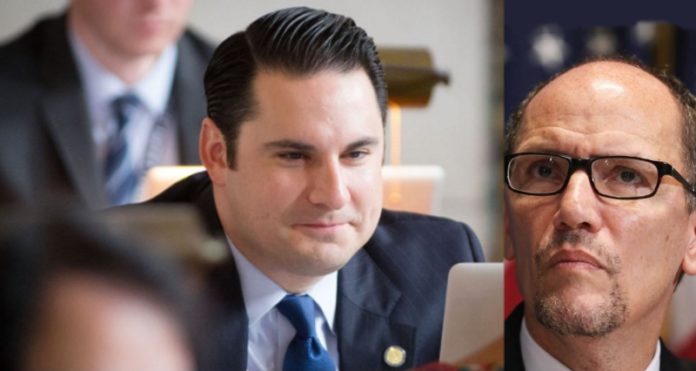 Democratic discord: For obvious reasons (it happened the same evening as James Comey’s firing), the result in the Omaha mayor’s race did not get the attention it deserved. But it was a very big deal because of the buildup that had preceded it.

In an environment where Democratic voter turnout has been unusually strong in by-elections, and the DNC had made this race a national focal point with a high-profile visit by its Bernie Sanders “Unity Tour,” Democrats came up far short against a GOP incumbent who had seemed vulnerable.

And it happened because top Democratic leaders turned the race into an intra-party battle over the party’s uncomfortable position on abortion. 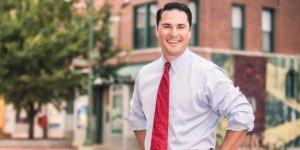 Democrats’ interference. But his seven-point loss in Tuesday’s runoff was a disappointment after the incumbent — Jean Stothert, the first Republican mayor of Obama elected this century — received less than 44 percent of the vote in the non-partisan primary on April 4, and only about 1,400 more votes than Mello.

National Democrats obviously sensed an opportunity after this result, because they scheduled a stop on the DNC Unity Tour, in which the party’s new leadership and Sen. Bernie Sanders have been running around the country, trying to show that the party’s fences have been mended after last year’s bitter presidential primary and the many allegations of vote-rigging.

The problem is that when Sanders and DNC Deputy Chairman Keith Ellison showed up in Omaha to stump for Mello, the party’s highly influential abortion industry activists went nuts. Mello, it turns out, had sponsored and voted for pro-life bills during his time in the state legislature. This is what occasioned DNC Chairman Tom Perez’s subsequent declaration that pro-life candidates are not welcome in his party.

Fast forward a few weeks, and Democrats lose a potentially winnable election. As Mello was giving his concession speech, state party chairwoman was cursing Perez’s name in a conversation with reporters: “It’s astounding that our party chairman would say pro-life Democrats are not welcome,” she said.

It’s a truly amazing result that illustrates local Democratic candidates’ struggles to win in Red states and culturally conservative locales. If not for the Comey firing, we might be discussing little else besides the Democrats’ continued and unimproved inability to learn from their losses.

Recall that in 2006, Democrats took advantage of an otherwise favorable environment to win a House majority in part by recruiting suitably moderate candidates in the states and districts where they were likely to fare better with voters in the heartland. The party now appears to be as far from embracing this strategy as it ever has been. And Democrats are also quite long way from the unity they are trying to project. 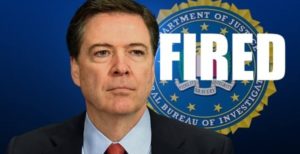 and in every publication — was obviously the firing of FBI Director James Comey.

It’s a tricky issue for Trump. He seems genuinely not to have anticipated the blowback it has created. Democrats, after all, wanted Comey skinned alive right up until the moment he was fired.

But they have successfully raised questions about the timing of his firing, some of which Republicans are also asking, based on the FBI director’s role (potentially peripheral or central, depending on who the next director is) in the investigation into Russian interference in the 2016 election. Generally, the polls show that most voters disapprove of the action, and with only 29 percent approving, this demonstrates that even many of Trump’s ardent supporters feel that way. Still, it’s a lot harder looking at such polls to say how much people care.

The Russia investigation may well be the Democrats’ Great Pumpkin — something that will never amount to anything real, but which inspires the little hope that Democratic partisans have left at the moment.

Still, it is a real investigation, and something that Trump feels quite annoyed by. As Trump’s communications shop awkwardly tried to put it, they’d rather have it done right and quickly so that it’s behind them and no longer threatening Trump’s agenda. Comey’s firing is thus an obstacle to that goal. As they often say in Washington, the cover-up is worse than the crime. Many people have, rightly or wrongly, interpreted the Comey firing as a cover-up.

Another consideration: Many people watching this issue will make their judgment based on President Trump’s choice of Comey’s replacement, which is likely to come down soon. The Democrats’ clamoring will continue either way, but if he chooses a partisan hack or a longtime supporter for the post, it’s going to be a lot more trouble with people who are less partisan. Various mainstream media reports suggest that Trump understands the gravity of the situation and is not taking it lightly — this minor crisis may prompt him even to reshuffle some top staff.

The question we’ll be most interested in, of course, is the electoral fallout, if there is any. If the ongoing Beltway freakout is truly contagious and felt by the voting population, it could prove hazardous to Republicans’ health. If, on the other hand, it is limited to the chattering classes, it will be forgotten within a few weeks.

We will know soon enough: There are two special House elections coming up very quickly to test how much traction this has with actual midterm voters. The first is in Montana on May 25, and the second is the runoff in Georgia’s Sixth District on June 20.

In the Georgia race, Republican Karen Handel has taken President Trump’s side, arguing that Comey’s firing was overdue.

Florida: Former Rep. Adam Putnam, R, disappeared from the national scene seven years ago when he left his House seat to run for Florida Agriculture Commissioner. He won, and has held that office ever since. Now he’s announced he’s running for the soon-to-be vacant governor’s office. He’s the first top-shelf Republican candidate to do so, but probably not the last. Democrats’ strongest candidate in the field by far is former Rep. Gwen Graham, daughter of former Gov. and Senator Bob Graham, who announced May 2.

Idaho: Conservative Rep. Raul Labrador, R, has finally announced what people in the Gem State long expected: He’s running for governor. And in the GOP primary, whose winner is nearly certain to become governor, he has to be considered the favorite.

In 2014, there were already rumors that Labrador might challenge the now-retiring incumbent, Gov. Butch Otter, R. But he declined, instead endorsing Otter’s conservative challenger, Russ Fulcher, who is in fact running again.

Despite any potential split among conservatives, There’s likely to be a split on the moderate side as well. Lieutenant Gov. Brad Little, R, and developer Tommy Ahlquist, R, have also both announced already.

Democrats currently have no serious candidates in the race. Barring an exceptional entry, they likely won’t be relevant at all.

West Virginia: In some states, top-flight candidates are shying away from contentious races — perhaps a sign that they are worried about their party’s prospects in Trump’s first midterm. Not so in the Mountain State, where their battle for the Senate seat of Democrat Joe Manchin is definitely uphill, no matter how much support Trump has there.

Rep. Evan Jenkins, R, a former Democratic legislator who was first elected to the U.S. House as a Republican in 2014, has announced he is running for Senate — a risky move for a safe House incumbent who hasn’t even served long enough (five years) to become vested in his House pension. With his early announcement, Jenkins is trying to force Attorney General Patrick Morrissey, R, to announce or decline early as well. A sharp contest between two of the state’s top Republicans would be unusual given what we’ve seen so far in 2018, but West Virginia is perhaps an unusual state right now.

The state’s ongoing realignment, as dramatic as it has been since 2010, does not preclude the election of the right sort of Democrat. And Manchin, who was added to the Senate Democrats’ leadership team, has been careful not to antagonize the White House, voting for nearly all of his cabinet nominees. You could call him Trump’s favorite Senate Democrat.

Manchin’s personal popularity will be tried by fire next year in a state that gave Trump 68 percent of the vote and re-elected their relatively new Republican legislative supermajority, but which at the same time picked a relatively conservative billionaire Democratic governor, Jim Justice, with 49 percent of the vote.