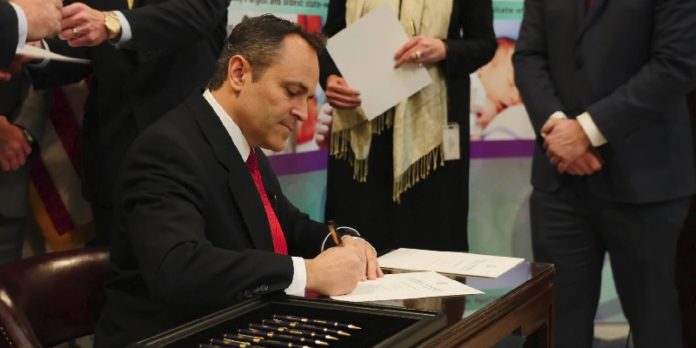 Trump nominations: Senate Democrats have really convinced themselves that they can

get political mileage out of dragging their feet as long as possible on confirming Trump’s executive nominees.

This is one of the weirdest ideas to come out of the 2016 election — and if it survives beyond the inauguration, it will be especially worthy of note. Perhaps there is a receptive audience for it, but it is hard to identify.

This plan seems much less strategic and less targeted than any of the obstruction Republicans visited on President Obama, whose early administration nominees were mostly confirmed without any partisan bickering — many of them unanimously, in fact.

Senate Democrats cannot actually prevent any nomination on their own because, when they held power in the Senate, they neutered themselves in 2013 by invoking the nuclear option — cutting off the Senate majority’s ability to prevent any nomination from going through, short of the Supreme Court. This makes any opposition in which Republicans don’t also participate into mere pageantry. But by objecting to hearings and employing other unusual tactics, they can indeed slow things down and, for a few extra weeks, keep the government from having its full complement of positions requiring confirmation.

The slight delay in Trump administration confirmations might, at best, go unnoticed. It could also backfire.

Here’s the problem: Yes, it is quite possible to run a midterm campaign, as in 2006, 2010, 2014 or 2018, against a president’s unpopularity. But you have to let the president become unpopular first. The dragging out of nominations is only going to sap good will toward Democrats, before Trump has even had the chance to spoil his own good will.

Democrats don’t seem to be saving their ammunition for a moment when it might actually be useful to them. They might actually be better off letting Trump’s cabinet nominations through (voting against them, of course, but not using petty tactics to delay them) and then pouncing on their errors.

Unions: A spent force? We mentioned in an earlier report the likelihood that the 2016 election result would lead to passage of right to work in three new states: Missouri, New Hampshire, and Kentucky. It’s happening faster than anyone could have expected.

Kentucky’s adoption of right-to-work was so rapid that there was little time for the opposition to get its act in order. The state House passed it last Thursday, the state Senate passed it on Saturday, and Gov. Matt Bevin, R, signed it within a few hours. The law takes effect immediately. Kentucky is already the nation’s 27th right-to-work state, meaning that no worker there can be required to pay dues to a union as a condition of employment. The possibility for this kind of state law was created by Congress in the late 1940s to ameliorate the effects of Depression-era labor laws. As of the passage of Kentucky’s law, it governs roughly 50 percent of America’s population.

Missouri is virtually certain to follow with its own right-to-work law. New Hampshire may well follow, although the prospects there are slightly more questionable.

Of course, right-to-work isn’t just about economic or labor policy, or state fiscal policy. It’s also about the strength of labor unions as a political force. Unions, which still collect money from unwilling participants in many states, form the backbone of Democratic campaigns in most states, and represent a standing army ready to march for the cause of higher taxes and more government spending. They spend large amounts of money on activism and on television in political campaigns.

To the extent that they are struggling to maintain their existence, unions can obviously do a lot less politically. And after the 2016 election, there is not a single right-to-work state under total Democratic control — their strongest toe-hold is Nevada, where they control both houses of the legislature. In Louisiana, they hold the governorship but not the legislature, In two other right-to-work states (West Virginia and North Carolina), Democratic governors face veto-proof majorities in the state legislature.

Right-to work probably helped revitalize Republicans in Wisconsin, which had also recently limited the monopoly collective bargaining privilege for state employee unions. The Republican Party in the state is suddenly competitive in a way it hadn’t been in ages, and it might not be a coincidence. It’s hard to quantify the electoral effect of less powerful unions that are losing members, but the results in Wisconsin have been dramatic, up to and including the 5-2 conservative majority on the state Supreme Court.

Unions have long been waning due to lack of worker interest. Later this month, the Bureau of Labor Statistics will release its annual report on union membership nationally and in the 50 states, and it is a number worth watching. Over the last few decades, the rate of unionization fallen quite dramatically, especially in the private sector. Today, roughly 50 percent of union members are government workers.

Demographic change is not a one-way street, and the spread of right-to-work is helping keep Republicans competitive in many important states and races below the state level.

Florida and Wisconsin. This week, we look at the other two — Michigan and Pennsylvania.

Pennsylvania: In 2012, the late Tom Smith ran surprisingly strong against Sen. Bob Casey, D-Pa., against the tide of a terrible GOP year.

Despite having little support from the national party, the businessman lost by only nine points. This was a curiously close result, given Casey’s family name (his father was a beloved conservative Democratic governor) and the strong Democratic lean of the election year.

Now that Pennsylvania has gone for Trump in 2016 — and also for for the GOP Senate candidate (Pat Toomey won re-election) — strong challengers are expressing interest in the race.

Rep. Pat Meehan, R, has already hinted some interest. He represents a suburban Philadelphia district, and could be an ideal challenger, given the right national environment. His path to victory looks more like Toomey’s. The path of another potential candidate, Republican Rep. Lou Barletta, who represents Hazelton, might look more like Trump’s. Either way, both types have potential paths to beat Casey.

This one is worth keeping an eye on. Casey must be considered the favorite, but that could change.

Michigan: In the 2014 midterm, amid a strong national Republican current, Michigan Republicans put one of their strongest candidates forward for an open Senate seat — former Secretary of State Terri Lynn Land. She was crushed by 13 points by an obscure Democratic congressman, even as Gov. Rick Snyder won his re-election race.

Since 1994, when Spence Abraham won his Senate seat, Michigan has refused to elect a Republican to the Senate. It has elected Republicans to the governor’s mansion and to other statewide offices, but voters have backed Democrats for Senate quite consistently. That might suggest that Democratic Sen. Debbie Stabenow is bulletproof if she chooses to run for a fourth term. And perhaps she is.

Then again, Republican prospects here look at least a bit better after Donald Trump’s unthinkable victory in November. Has Trump really built up the party? Will the voters in, say, Monroe County who backed in follow up with support for a Republican Senate candidate? Field a decent candidate in Michigan, and you might get a true test of that question.

Michigan’s Demographics are changing, and not in the way that Democrats like to boast about demographic change. Detroit is shrinking, and so is its leftward pull on the state’s politics. The Census estimate from 2009 put the city’s population at 911,000. This year, it’s 689,000.

So yes, it is possible that a combination of Detroit’s shrinkage and the end of the Obama era could make 2018 seem like a real Republican opportunity in Michigan. But everything depends on Republicans fielding a strong challenger.

This is by no means a given. With Snyder term-limited, the state’s most formidable GOP politicians (current AG Bill Schuette and Lieutenant Gov. Brian Calley) might have their eyes on another race. For now, this all works in Stabenow’s favor.