Meet Trump’s pick for his Army secretary, Vincent Viola. He is an army veteran who now owns NHL hockey team, the Florida Panthers. The Washington Post gives his backstory:

“Viola is a 1977 graduate of the U.S. Military Academy at West Point, N.Y., and funded the creation of its highly regarded Combating Terrorism Center after the Sept. 11, 2001, attacks. A former infantry officer and Ranger School graduate, he has pressed for innovation in cyber warfare, saying at a conference five years ago that the Army of the future will be built on a “gestalt of geekdom.”

“We’ve got to find geeks who love their country,” Viola said, according to the military technology website Defense Systems. “At my company, I’ll gladly trade 10 pull-ups and five minutes on a run for 20 IQ points and heart.”

In that same speech, Viola encouraged the Army to stay several steps ahead of potential adversaries by using innovation in techology, and encouraged buying off-the-shelf products and equipment rather than designing everything from scratch.

Viola made the bulk of his fortune after founding Virtu Financial, a high-frequency trading firm. He was the chairman of the New York Mercantile Exchange from March 2001 to March 2004, and took Virtu public in April 2015. He was born in Brooklyn, N.Y., and served in the 101st Airborne Division.

Trump said Monday in a statement that Viola has a proven track record for delivering results despite challenges.” 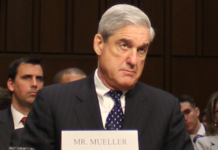