So many “rape kits” remain untested and unaccounted for in Florida that the Florida Dept. of Law Enforcement is spending hundreds of thousands of dollars just to figure out how many are out there. The $300,000 price tag won’t cover testing a single kit — it will merely determine how many need to be tested.

According to NBC Miami:

Attorney General Pam Bondi says thousands of untested rape kits are sitting in the evidence rooms of law enforcement agencies across Florida, though the exact number is anybody’s guess…

The Florida Department of Law Enforcement is conducting a study on the number of untested kits and will present the findings to the Legislature in January. The state has committed over $300,000 for the study.

Attorney General Bondi cites issues with FDLE funding as a cause of the backlogs.

Bondi added that another problem comes from a lack of funding at the FDLE, where crime lab analysts are paid less than their counterparts in other states.

(T)he work is essential, she said, pointing to the case of a former Orlando resident who was raped 21 years ago. The woman, Kellie Greene, who spoke at the news conference, said it took the police department there three years to solve the case. The delay was due to the fact that Greene didn’t know her rapist and the case was of a lower priority than other DNA cases at the time. A DNA match was eventually made with a suspect, and the rapist is now serving time in a Florida prison. 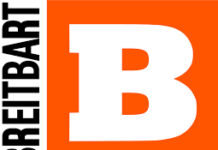